There are many myths about how ineffective natural birth control methods are. However, if applied rigorously, they can be up to 85% effective. 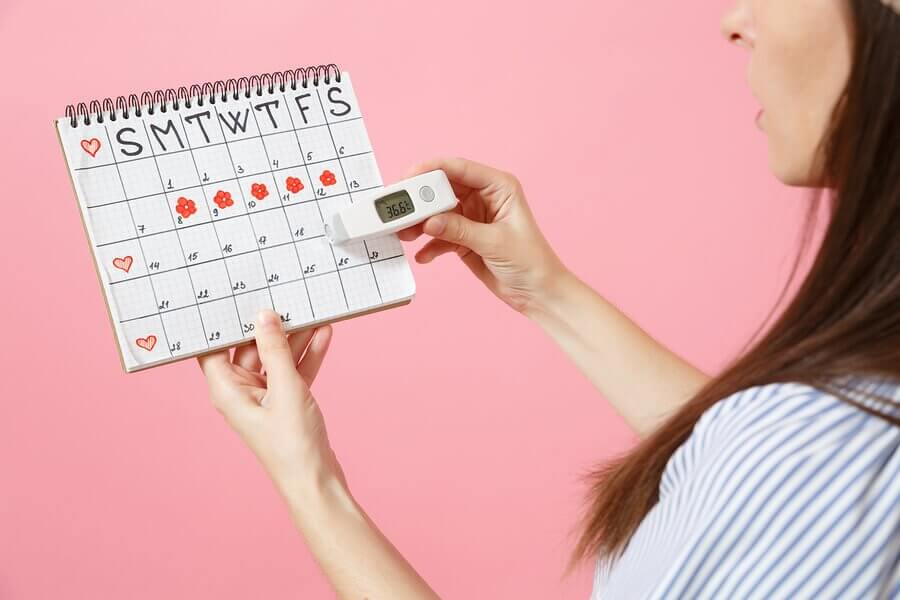 Natural birth control methods are ways of preventing pregnancy by studying the cycle of ovulation. This way you can avoid barrier methods or ingesting hormones.

This type of family planning was the only method available until hormonal and barrier methods of birth control were developed in the 20th century. Because of their high level of effectiveness, these methods edged out any other types of prevention.

Although the effectiveness of natural contraceptives is in question, they’re still used to this day, whether as a complement to other methods or on their own. We’ll review a few of these strategies so you can find out about natural birth control, its applications, and recommendations.

The rhythm method, originally called the Ogino-Knaus method, was developed between 1924 and 1928 by two gynecologists. Kyusaco Ogino was Japanese, and Hermann Knaus was German.

Basically, these two doctors proposed counting the days of your menstrual cycle to determine which days you’re ovulating. From there, it’s simply a matter of planning to avoid or prevent pregnancy.

According to other specialists, this is the only way to guarantee that your math will be correct. This will allow you to make this method up to 80% effective.

This was developed by John and Eveling Billings in 1963. It’s based on analysis of vaginal mucous and the relationship between vaginal mucous and fertility. Just like the rhythm method, it requires previous study of your vaginal flow to determine which phase of your cycle you’re in.

To avoid pregnancy, don’t have sex when your vaginal mucous is abundant, watery, and transparent. It’s worth emphasizing that you should have regular pap smears, as a sexually transmitted disease or infection may change your vaginal flow and alter your cyclical analysis.

With regard to its effectiveness, it’s estimated that the Billings method is as effective as a barrier method like a condom.

This method is used to diagnose the infertile period after ovulation based on an analysis of body temperature throughout the menstrual cycle. To do this, a woman takes her temperature either vaginally or rectally twice a day starting from the fifth day of her cycle.

What you’re looking for is a change of temperature between 0.2 and 0.5 degrees centigrade which occurs after secretion of progesterone in the ovary after ovulation. It’s estimated that this method is even more effective than condoms, with a failure rate of less than 15%.

“Although the effectiveness of natural contraceptives is in question, they’re still used to this day, whether as a complement to other methods or on their own.”

This is the only natural contraceptive method that isn’t performed by the woman. It consists of withdrawing the penis from the vagina during sex before ejaculation. Since this technique depends entirely on something as subjective as mental and physical control, in general it isn’t recommended.

Additionally, even if the man withdraws his penis before ejaculating, be aware that men produce preseminal fluid during sex. This has spermatozoa in it which can fertilize an egg.

This method can only be used for a short period of time. This is because, as its name indicates, it’s intended for women who have recently given birth. To achieve the contraceptive effects, you need to breastfeed your baby at least five times a day. By causing elevated levels of prolactin this will impede ovulation.

As a final recommendation it’s important to clarify that, if you want to use a natural birth control method, it’s vital that you have a stable partner. If not, you may be exposed to sexually transmitted infections, which none of these methods will protect you from.

Habits that Cause Infertility in Men
There are certain habits that cause infertility in men which most people are unaware of. Learn about these habits in this article. Read more »
Link copied!
Interesting Articles
Before conception
Supplements During Pregnancy: Folic Acid, Iodine and Vitamin B12