In some cases, the use of non-hormonal contraceptives is recommended. However, even if it seems very safe, this method can bring about certain risks. 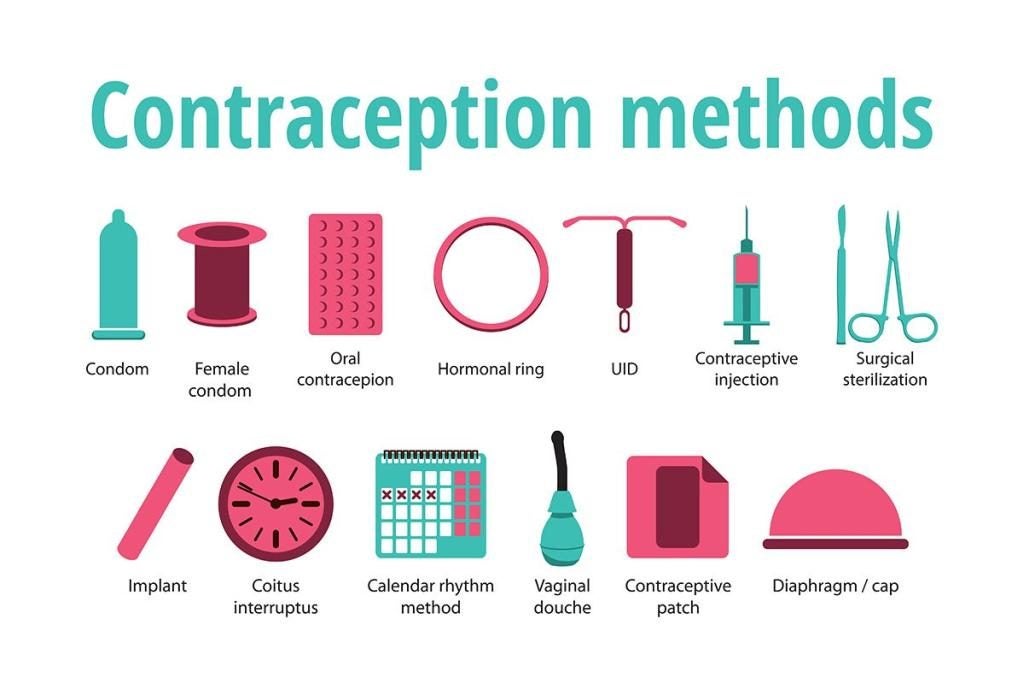 Did you know that non-hormonal contraceptives exist? If your doctor has recommended that you use these types of contraceptives, or if you’re simply curious to learn what they’re all about, we’ll tell you all you need to know about them below.

Don’t worry, it’s a lot simpler than it seems!

While they do achieve their goal of preventing pregnancy, many hormonal contraceptive methods may lead to consequences for women, since they use synthetic hormones.

What are non-hormonal contraceptives?

Non-hormonal contraceptives fulfill their function of preventing the fertilization of the egg by the sperm without the process interfering in any way with the female menstrual cycle.

This means that non-hormonal contraceptives are less invasive for the female body.

A well-known fact is that 62% of women between 15 and 44 years old use some method of contraceptive. The most popular methods include the following:

How do these contraceptives work?

In general, contraceptives act as a barrier. Their function is to prevent contact between the egg and the sperm. This barrier can take many forms and are sometimes reinforced through spermicidal actions.

Other types of non-hormonal contraceptives include the family planning method. This lets a couple know when to avoid sexual relations, according to the stage of the menstrual cycle the woman finds herself in.

On the other hand, surgical methods are more effective than this planning and are usually permanent.

Alternatively, surgical methods are more effective than this planning and are usually permanent.

The male condom is a latex cover that prevents the passage of sperm into the uterus. It is 99% effective in preventing pregnancy.

Its main advantage, besides its contraceptive effectiveness, is that it also protects against sexually transmitted diseases.

Its disadvantages have to do with its use. Unlike other permanent methods, the condom must be put on every time a sexual encounter begins, and must be replaced as many times as necessary.

Due to its material and design, it could easily suffer some damage that can render it ineffective.

Similarly to the male condom, the female condom consists of a latex bag which prevents the passage of sperm into the egg. It also protects from sexually transmitted diseases. Generally, the reuse of a female condom should be completely avoided.

The disadvantages of this contraceptive method include the fact that there is widespread misinformation about them, and so there are many taboos in society regarding the use of female condoms.

Additionally, its main disadvantage lies in its difficulty of use. Of course, this varies from woman to woman.

The diaphragm is a latex circle that is placed inside the vagina before intercourse. Its main advantage is that the woman is in control of its placement, and it also covers the cervix completely.

Its disadvantage is that it doesn’t protect against sexually transmitted diseases. In addition, it must be left in place for hours after the act. It is only considered really effective when combined with a spermicide.

The copper IUD is a more invasive and permanent method (lasts 5 to 10 years). The IUD is an object, made of plastic and copper, which is placed inside the cervix.

Its function is to attack the sperm so that it cannot reach the egg. It also releases copper particles that affect the adhesion of a fertilized egg.

Among its advantages is that it can be placed and forgotten about for a long time. It has an effectiveness rate between 97% and 99%. However, one disadvantage is that it does not prevent STDs.

It’s also a risk for women who want to be mothers, because its use can narrow the cervix too much, bringing about problems with fertility or at the time of vaginal birth.

Sterilization is a surgical process that works as a contraceptive method without the use of hormones. In men, this surgical procedure is known as a vasectomy, which is permanent and is performed in order to prevent the transfer of sperm to semen.

Its main advantage is its contraceptive effectiveness. Other benefits include the fact that it doesn’t prevent ejaculation, nor does it affect virility.

Female sterilization is a process that allows the ovaries to be isolated from the uterus, which prevents the eggs from reaching it. This surgical procedure has an effectiveness of 99%. In addition, the procedure can be reversed if desired.

This contraceptive is a synthetic sponge that is soaked with spermicide. It blocks the cervix, absorbs semen, and fights sperm. One of its advantages is its rate of effectiveness, which is between 89% and 91%. Additionally, it can be placed by the woman herself.

Among its disadvantages is that for women who are already mothers, its effectiveness decreases to 68%. It also doesn’t protect against STDs and must remain in place for at least 6 hours after sex.

Not only does this method not involve the use of artificial hormones, but it also doesn’t require the use of any special product or surgical intervention.

Family planning consists of programming our sexual activity depending on the stage of our menstrual cycle.

The purpose of family planning is to avoid participating in intercourse on fertile days. It’s an effective method only when a woman’s cycle is regular. However, this method can be very risky and imprecise due to natural causes.

In addition to the periodic abstinence method, other methods of family planning include:

None of these family planning methods are considered effective in their entirety.

Non-hormonal contraceptives fulfill the same function, while taking care of other aspects of health. However, they aren’t always as effective and simple as hormonal methods can be.