Top 10 Most Unusual Contraceptives of All Time 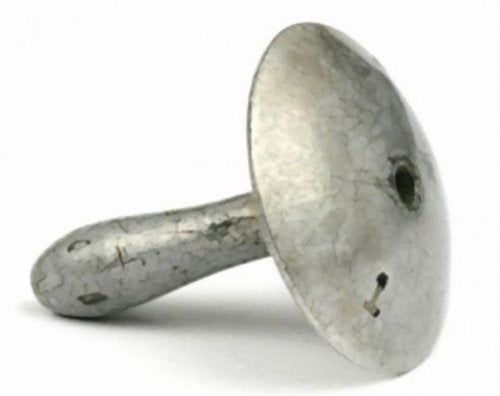 To a large extent, the main drawback in choosing and using contraceptives is one’s willingness to maintain the routine. Many women forget to take the pill or don’t want to take it because it is too expensive. The use of a condom is not always the preferred method, and other contraceptives may be too complex.

However, the methods people have used throughout history will change the opinion of many modern-day couples. In days gone by, contraceptives were not as simple as they are now. In fact, there was no certainty about their effectiveness.

We can talk about some unreliable methods, or even some unpleasant or meaningless ones. Next, let’s have fun with the most unusual contraceptives of all time.

In ancient Greece, they believed that after lovemaking, one should immediately squat. They believed this prevented the sperm from entering the woman’s womb. A sneeze left them with the final assurance that they had fulfilled the mission.

In the Dark Ages, women would tie weasel testicles to her leg in the belief that it would protect her from unwanted pregnancies. For a realistic person, seeing your partner with this contraption really squashes the mood.

The ancient Greeks advised their women to drink the toxic waste from blacksmithing. This meant ingesting the water that they used to cool their tools.

It was thought to be a very effective contraceptive, since it contained a lot of lead. However, this practice had side effects, such as nausea, kidney failure, seizures and even death.

The ancient Egyptians were very astute. They started off on the right track, as they realized that no woman would get pregnant if there was some kind of barrier in her vagina. This was a great idea that they contributed to humanity.

But what they chose as a barrier to prevent the passage of sperm was crocodile feces. Over time, they modified the technique by adding honey.

In 16th century Canada, beaver testicles were milled to a very fine powder. A potent mixture of alcoholic beverages were mixed with this material. They said it was as effective as tying weasel testicles to the woman’s leg. In the same way, it had another effect: the men ended up very drunk and not very active.

This was the original condom. Before there were condoms of different flavors and sizes, men had to resort to animal intestines. In a very old historical record, condoms made from pig intestines were found. A manual was also found in which it was emphasized that they must be soaked in hot milk before use.

This method required half of a lemon, from which the pulp was removed. The peel was inserted into the woman’s vagina. It covered the cervix, and the juice was a very potent spermicide.

In the 900s, birth control experts in China advised women to swallow 16 tadpoles fried in mercury. This was to be done immediately after intercourse. The technique worked similarly to the blacksmith’s water, as it acted like a poison.

Thus, women did not give birth. In fact, most were barren. The side effects included liver, kidney and other organ damage, as well as death.

In ancient Sumatra, they knew the poppy was much more than a simple flower. Women used the plant’s shell as a diaphragm during intercourse. They also inserted the flowers into their vaginas, which is believed to have the same effect as smoking opium. Its effectiveness is not known.

After sex, women would use a vaginal douche composed of a soft drink. They said the sugar in Coca Cola made the sperm cells explode. After this news, the brand had a reputation as a spermicidal vaginal douche.