Rh Incompatibility During Pregnancy: What You Need to Know

Rh incompatibility during pregnancy isn't necessarily a problem during a first pregnancy. However, complications can arise in subsequent pregnancies. 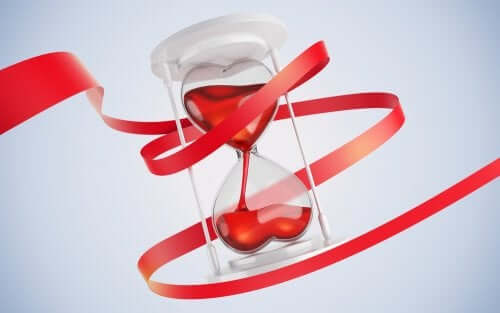 The Rhesus factor was discovered in the year 1940 in the midst of an experimental study of apes. In particular, the study was looking at the Macaco Rhesus ape – thus the name Rh. Thanks to these animals, scientists discovered that people who are Rh-negative can only receive blood from others who are also Rh-negative. This phenomenon is known as Rh incompatibility.

The analysis of incompatibilities: What is the Rh factor?

The majority of individuals are Rh-positive, meaning they can receive blood donations from anyone – whether or not the donor has the Rh factor.

At the same time, blood types are another way to classify blood according to different phenotypes. This is the A, B, and O system.

On the surface of red blood cells are molecules called antigens. These molecules are responsible for incompatibility when it comes to transfusions and organ donations. According to their composition, there are 4 different blood types. These are A, B, AB and O, and they can all be positive or negative.

The lack of the Rh factor isn’t considered a disease, as it doesn’t affect a person’s health. However, women who are Rh-negative should undergo testing to determine the baby’s Rh and the presence of antibodies. This way, in the case of Rh incompatibility, they can take the necessary precautions.

The blood of a fetus and that of his or her mother rarely mix. However, during the birthing process, there is a slight chance this can occur. Given that the Rh factor is hereditary, the baby’s blood may or may not coincide with the mother’s. In other words, babies may inherit the condition from their mother’s, but that isn’t always the case.

If an Rh-negative mother’s blood comes into contact with her baby’s red blood cells, she’ll produce certain proteins. These proteins – antibodies against the Rh-positive fetus –develop in response to the antigens present in the baby’s blood. This situation can cause women to have problems during their second pregnancy if that child is also Rh-positive.

What happens with Rh incompatibility in subsequent pregnancies?

As we mentioned above, in the case of contact between Rh-positive and negative blood, women develop antibodies. This isn’t an issue during their first pregnancy (where the mixture takes place) nor does it affect their daily lives. However, these women must take certain precautions in any subsequent pregnancies.

In a woman’s second pregnancy, if her second baby is Rh-positive like the first, this poses a certain risk. Her antibodies will identify her baby’s red blood cells as a risk if they cross the barrier of the placenta.

They’ll then attack and destroy the red blood cells faster than the baby can produce new ones. The result is a potentially fatal case of anemia.

If you’re Rh-negative and so is your baby, then you have nothing to worry about. However, if the opposite is true, your doctor will order tests and apply the following course of treatment:

If in fact, you have begun to produce antibodies, then the administration of immunoglobulin will be ineffective. In these cases, the only option is to carry out strict control of both the mother and her developing baby. When the time comes, a transfusion through the umbilical cord will be necessary.

There are some cases when a mother may have generated antibodies to Rh-positive blood without having given birth. This may occur as the result of abortion or miscarriage, an ectopic pregnancy, an erroneous blood transfusion, and others causes. In any case, if you have any doubts, be sure to talk to your doctor and request prenatal testing.

The latest statistics produced by the organization KidsHealth are encouraging. Since doctors began practicing controls and administering immunoglobulins, cases of miscarriage and exchange transfusions have drastically reduced. In fact, they hardly even occur anymore.

What Influences Babies’ Genetics?
If you're going to have a boy or girl, you might wonder what influences babies' genetics. We'll tell you all you need to know in this article. Read more »
Link copied!
Interesting Articles
Prenatal care
Basic Food Safety Rules to Avoid Food Poisoning During Pregnancy