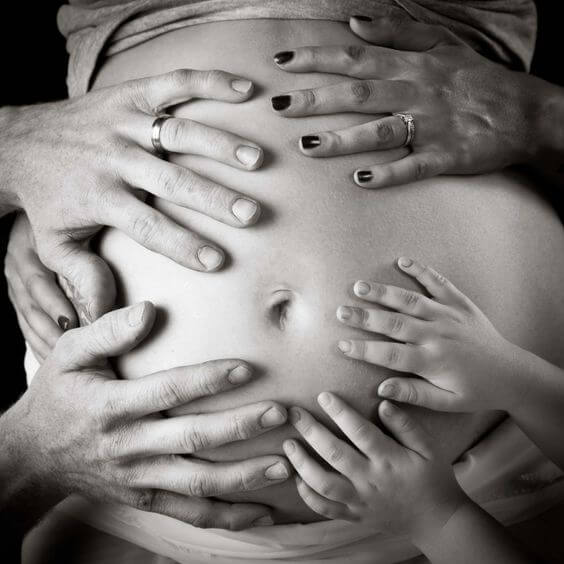 As we all know, a mother’s privacy is a right. But in some cases, there are certain laws that contradict that right.

In certain cases, for example, the father’s identity has to be revealed. Although this is legal, it undermines the mother’s privacy.

Sometimes we don’t or can’t talk openly about our relationships. However, we’re sometimes legally obligated to submit our baby to perform a paternity test.

Some laws impose this as a measure of infant protection when there are doubts.

In Germany, for example, these kinds of laws are also intended to protect a man from paying child support in the case that the man isn’t convinced he’s the father.

This measure also implies the reimbursement of money that has been contributed already, if it’s discovered that the child isn’t his.

Motherhood implies a series of legal regulations that we often forget. Having a child is legally related to the society we live in.

Although we mostly focus on parenting and the extraordinary moments we spend with our children, some steps of motherhood can be bitter.

Are these laws that jeopardize a mother’s privacy fair?

There is a saying that the right thing isn’t always right. In this case both sides of the argument may have a point.

Ignorance of the child’s true paternity can have various negative consequences. The child might someday need to perform a medical procedure that requires similar genetic identity.

It is also possible that in adulthood, two siblings may cross paths without even realizing it.

In some societies, a mother’s privacy is almost nonexistent, and women are treated as objects and the laws can be extreme.

However, it remains true that many women become pregnant with someone who they don’t wish to talk about.

In this regard, a German law considers that there should be no financial relationship on the part of a man with a child who is not his child.

In the case of doubts, the man has a right to request a paternity test to establish whether or not he’s the father.

If it turns out that the man isn’t the father, he can reclaim all of the support given from the real father.

Therefore, the mother is forced to reveal the identity of the father or anyone who could possibly be the father.

In Spain, however, the mother is not forced to say who the father of the child is. They are only required to perform a DNA test.

The paternity test is not the problem

Nowadays, paternity tests are on the rise because they’re becoming easier to perform. They can be performed during the pregnancy or after the baby is born.

Paternity tests aren’t common after 12 months of childbirth. They’re usually made when the father is in doubt or when the mother needs to prove the link.

What all women should worry about, however, is the idea of having to say who the father of the child is. There are certain situations where the truth may have serious consequences for the baby or the mother.

The most worrisome part of it all is that our privacy is being violated through “legal” means.

Therefore, we aren’t concerned that paternity tests exist, or that they’re legally enforced. Knowing the results of this test could prove fidelity or infidelity.

What we are concerned about is having to talk about our private lives.