Medications that Should Be Avoided during Pregnancy 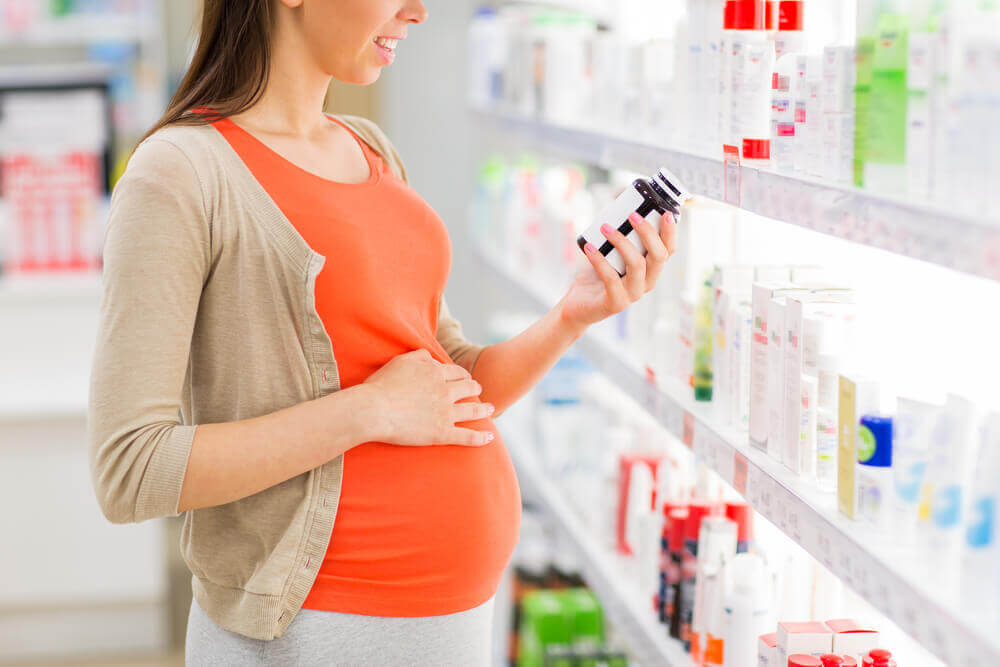 Common medication such as ibuprofen and omeprazole can cause harm to the fetus. That’s why their consumption should be avoided during pregnancy. The same goes for the list of medication that we mention below.

It’s important for pregnant women to know what medication they should avoid during pregnancy in order to prevent any harm from occurring to their baby.

Pregnant women should consult their family doctor before taking any pills. This also applies during breastfeeding.

Medication that should be avoided during pregnancy

Mothers must always be aware of elements that could harm their pregnancy or their baby.

Some medication can go directly through the placenta and cause birth defects or other harm. Special care has to be taken during the first trimester.

Here are some medications that should be avoided during pregnancy:

There are other antacids that can be used safely during pregnancy, consult your doctor in order to find one that is right for you.

These pills can increase the risk that the baby will suffer from Down syndrome. Oral contraceptives can also cause alterations of the genitals and urinary tract.

These pills can also increase the risk of vaginal cancer. Before taking these pills consult your general practitioner. They’re usually completely contraindicated during pregnancy.

Bicarbonate increases the natural pH of the blood in both the mother and her fetus. Cortisone can also cause a malformation of the fetus known as cleft palate.

Therefore, mothers should be very attentive to medications that contain these components.

Medications as common as ibuprofen, aspirin and naproxen aren’t recommended during the final trimester of pregnancy. They’re also contraindicated during breastfeeding.

These medications can alter blood flow to the fetus by inhibiting the production of prostaglandins that dilate blood vessels.

If a woman was prescribed this medicine before getting pregnant, she may have to change her treatment to insulin. This should all be done in conjunction with your doctor.

The components of these medications can cause sustained hypoglycemia. Hypoglycemia can cause alterations in the child’s nervous system.

“Another element to avoid during pregnancy is cod liver oil. It can prevent the proper absorption of vitamins and minerals.”

Medication that contains vitamin A derivatives should be avoided during pregnancy.

Medications that contain vitamin A can cause malformations of the heart, brain and spinal cord if consumed in high doses.

Some cancer treatments can affect the immune system and they should be avoided during pregnancy. Medications that are used to treat rheumatoid arthritis are also included in this category.

These medications can affect the fetus’s growth and immune system.

Medication that you can consume during pregnancy

Although mothers should always consult their doctors, there are some medications that are recommended during pregnancy. They pose no risk to the mother nor the fetus.

Medications such as acetaminophen and antibiotics such as amoxicillin can be safe when prescribed by a doctor.

Nasal decongestants should not be taken for more than three to four days.

Since headaches are one of the most common affectations during gestation, paracetamol is usually recommended in order to relieve discomfort. Paracetamol is practically the same as acetaminophen.

We would like to point out once again that medications such as aspirin and ibuprofen should be avoided.

“In order to prevent constipation, drink a lot of water and consume a fiber-rich diet.”

In conclusion, it’s important to know which medications should be avoided during pregnancy. This way we won’t run the risk of causing any harm to ourselves or the baby.

Just because another mother consumed the medication doesn’t mean it’s safe. Every woman is different, it’s best to consult your doctor before taking any pills.