How a Mother's Brain Changes during Pregnancy

Pregnancy is a magical time. Now, science has shown that a pregnant woman's brain changes in surprising ways, all the better to care for her new baby. 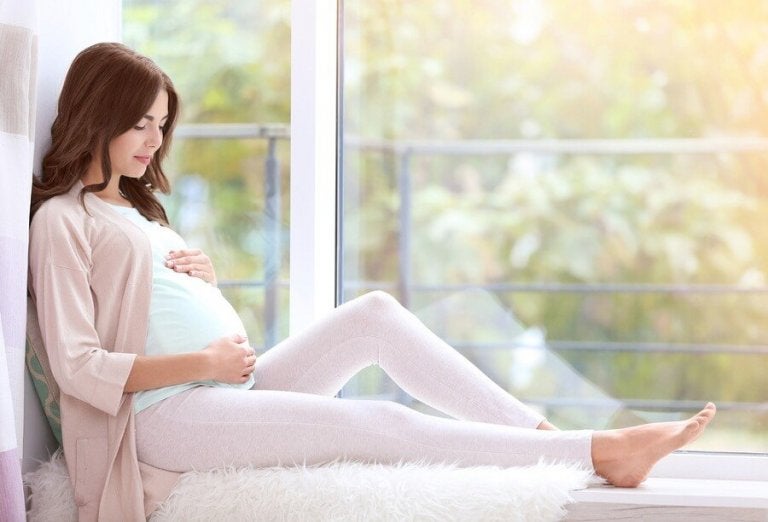 The transformation that occurs in a woman’s body during pregnancy is easy to see. However, not everyone is aware that a mother’s brain also undergoes major changes during this time.

What are we talking about? Find out more about how your brain changes during pregnancy in this article.

Weight gain. Nausea. Backache. Those pesky hormonal shifts that have you feeling up and down. These may be the best-known consequences of pregnancy for women, but they aren’t the only ones.

These changes aren’t all negative, however. In fact, they help you care for your baby. The maternal instinct goes to work even before your baby is born.

How a mother’s brain changes during pregnancy

Basically, science has shown that the gray matter in a mother’s brain shrinks during pregnancy.

Gray matter is found throughout the brain, brain stem and spinal cord, and is responsible for processing information. In fact, the amount of gray matter in our brains is generally linked to intelligence.

Surprisingly, the shrinkage is most notable in the areas of our brains responsible for empathy. Losing neurons in this area just when we need to understand the sensations of the fetus growing in the womb might seem contradictory.

In fact, scientists have found that this reduction in neuronal connections in the brain’s empathy center happens precisely because our brains become much more efficient at this task.

Another powerful effect of pregnancy on the brain has to do with how we perceive our surroundings. Pregnant women become far more capable of sensing when danger is near.

This effect remains for up to two years after giving birth. There is clear neuro-scientific explanation for the maternal instinct that so often saves the day.

Since a mother’s brain sacrifices a certain amount of rational thinking in order to strengthen her instincts, pregnancy weakens some abilities while heightening others.

Here are just a few examples of how a mother’s brain changes during pregnancy:

One study analyzed groups of around 20 men and women, some with children or a baby on the way and some without.

Using magnetic resonance imaging, the researchers detected alterations to gray matter in the mothers, but not the fathers.

However, this study didn’t look at men who took on the majority of childcare duties.

Certain theories claim that when a father is the main caretaker for a young child, his brain will also undergo alterations that strengthen certain abilities.

Specifically, these changes have to do with the production of oxytocin. This hormone plays a key role in breastfeeding, but men are also able to produce it.

Oxytocin promotes better understanding of the baby’s needs and emotions.

What is the explanation for these changes?

As with almost everything else that happens during pregnancy, the way the brain changes is closely linked to our hormones. The hormonal upheaval in a pregnant woman’s body affects her brain, too.

It’s important to keep in mind that these are positive adaptations. The observable effects of pregnancy on the brain are scientific proof of the special bond between mother and child.

A mother’s instinct to protect her baby is evident in the brain itself.

So, the next time you notice a mother who seems to have “magical” abilities where her child is concerned, you’ll have an idea where these skills come from.

It’s all in the brain: that wonderful tool that adapts to every different stage of human life.