Is It Dangerous to Take Paracetamol during Pregnancy? 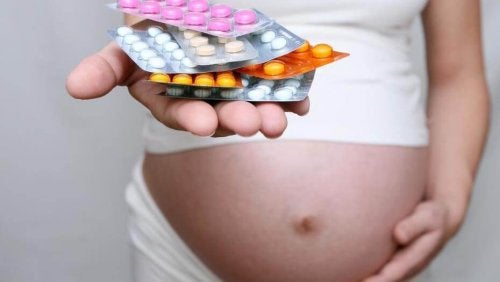 Until recently, taking paracetamol during pregnancy was considered risk-free, but recent studies question this fact.

During pregnancy, we must be very careful about what we ingest. Certain medications, alcoholic beverages and even some foods can be dangerous to the fetus’s health.

In the case of paracetamol (also known as acetaminophen), this drug has the ability to cross the placenta, and therefore to reach the baby. In turn, the baby will be unable to metabolize it. If paracetamol is abused during pregnancy, the consequences could be truly catastrophic.

According to the University of Edinburgh, the prolonged intake of this painkiller can cause irreversible problems in baby boys.

The Norwegian Institute of Public Health, meanwhile, suggests that the psychomotricity of the fetus, whatever its gender, could also be affected.

Testicular cancer, infertility or abnormal neuronal development are just some of the risks that we may be subjecting our child to without knowing it. Your doctor should be the one to tell you when and how to take it. His or her advice and recommendations will be the most appropriate.

Other risks of taking paracetamol during pregnancy

There are also other studies that have linked paracetamol abuse with future behavioral disorders. Institutions such as the University of California and the University of Aarhus endorse this information after testing samples from up to 64,000 mothers and their children.

Attention Deficit Hyperactivity Disorder could be one of the consequences of an exaggerated intake of the drug. According to the results of the samples cited above, it’s between 13 and 37 percent more likely that the baby will suffer ADHD.

Premature delivery can also occur, especially in women with pre-eclampsia. It also increases the risk of suffering from deep vein thrombosis or a pulmonary thromboembolism, especially if the pregnant woman has already experienced this before.

In these cases, it’s really necessary that its use be controlled by a doctor, since the mother’s health could be in serious danger.

Childhood asthma and other allergies

The risk of asthma due to continued use of paracetamol in the prenatal period is up to 35 percent higher. The possibility increases if paracetamol has been ingested during the last two quarters of pregnancy.

How do I know which medications I can take?

Although your doctor will ultimately be the one to inform you of the medicines you can and cannot take, there is a series of classifications that help us identify which of them are safe.

The best-known classification is published by the FDA (Food and Drug Administration). It groups the drugs into five different categories, from low to high risk for the baby.

If a medicine is within this category, you can take it easily. There is no risk to you or the fetus. Numerous human-based studies have proven these medicines to be completely reliable and safe.

In this case, the studies have been conducted on animals, but they haven’t shown negative effects. They are quite safe, although it’s better to consult with your doctor, as is the case of taking paracetamol during pregnancy.

Abusing paracetamol during pregnancy could have really catastrophic consequences.

For this type of medicine, there isn’t enough information yet on its use. It isn’t known whether they can have a good or bad effect, so it’s advisable to not ingest them.

Unless the situation is extreme, specific, and guided by a doctor, no pregnant woman should take them.

Category D represents drugs that have caused a harmful reaction in fetuses. Pregnant women shouldn’t take them, except when they’re strictly necessary.

For example, there are cases in which the mother’s life depends on the drug and there is no other option.

Using these drugs is completely harmful to fetuses. Numerous experiments and studies show the harmful effects, so they should never be taken during pregnancy. If this were to happen, irreversible damage would be inflicted on the fetus.

Although it seems silly, taking paracetamol during pregnancy without your doctor’s advice can be very dangerous. The same goes for most medications, which can cause serious problems.

The health of both the mother and the baby is at stake, so we must stop and think before making any decisions that may have irreversible effects.