Symptoms of the Second Trimester of Pregnancy 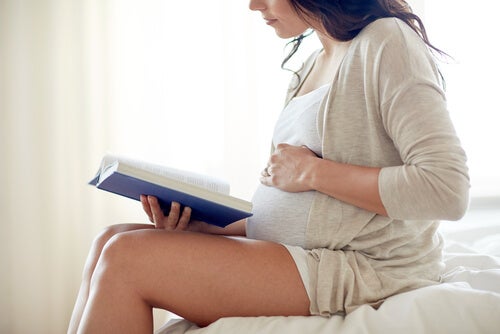 Conceiving a life and carrying it in your womb for nine months is a unique experience. The body transforms week by week.

The first 90 days are perhaps the most difficult due to hormonal changes and extra energy consumption. However, the symptoms of the second trimester of pregnancy aren’t as exhausting.

From week 13 to week 26, the physical changes of pregnancy become evident.

The belly and breasts continue to grow. Nausea disappears, but other signs such as back pain, skin pigmentation and constipation appear.

Specialists recommend monitoring or controlling weight gain in this phase.

By the sixth month, the mother should have gained at least 13 pounds in a healthy way.

12 symptoms of the second trimester of pregnancy

Some women may suffer from all the discomforts of pregnancy, while others only experience a few unpleasant symptoms. Some women don’t experience any.

Even so, these are the common symptoms of the second trimester of pregnancy:

Other physical changes in the mother-to-be

To avoid or reduce digestive discomfort, it’s advisable to drink plenty of liquid and eat fruits and cereals. You also need to do a little exercise, like walking several minutes a day.

As we said, these symptoms of the second trimester of pregnancy can vary according to the particularities of each woman, pregnancy and baby.

The main thing is to mitigate them as much as possible for a happy pregnancy.

Finally, remember that routine medical check ups allow you to raise questions and ask for solutions to any condition that may arise.