The Umbilical Cord Wound Around the Baby's Neck 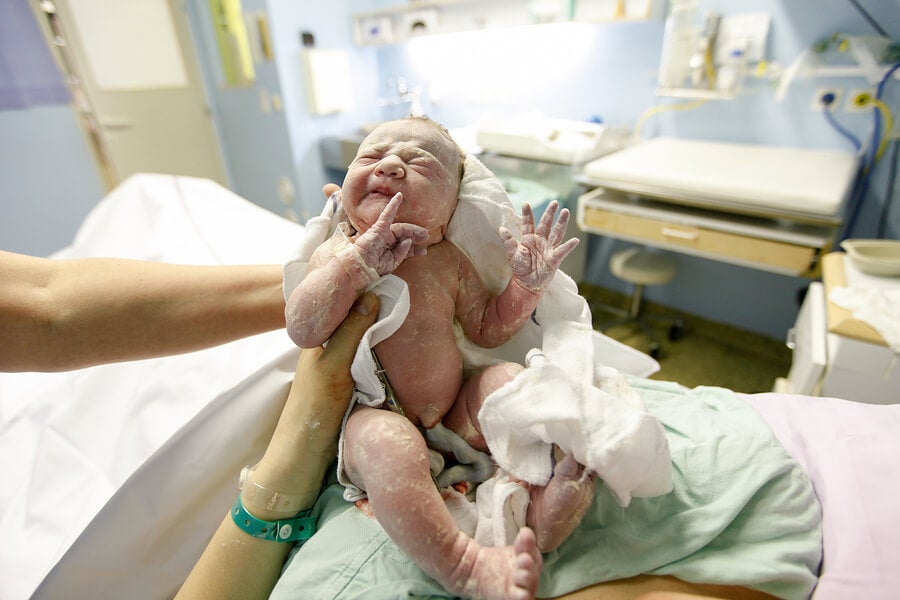 According to statistics, one in three children is born with the umbilical cord around his or her neck. Surely, most parents wonder if this condition represents danger to the baby.

A baby having the umbilical cord around his neck is a fairly common occurrence. This topic has been the center of countless myths. Most people worry about the complications it can cause.

Logically, all the steps that can be taken to prevent and control this mishap are in the hands of doctors, nurses and midwives. There is nothing concrete that a mother can do to prevent this occurrence.

It’s so out of the mother’s control that many mothers are only informed that their babies had the umbilical cord around their neck after delivery. Approximately 40% of cases are detected right at the moment of delivery.

The umbilical cord around the baby’s neck

The first technique is the simplest and most common procedure, it’s performed in almost 90% of cases. The doctor waits for the baby’s head to come out of the vaginal canal and when it does, he/she takes the cord and slides it over the baby’s head. This action is sometimes all it takes to free the baby.

This technique is simple for two reasons. The first is that in most cases the umbilical cord is wrapped loosely around the baby. The second reason is that the cord has a gelatinous consistency so it’s able to slide easily.

The second procedure is only used in 9% of all cases. To perform this technique, the doctor waits for the baby to come out of the vaginal canal completely. He/she then keeps the baby close to the mother’s crotch and inclines the baby slightly in order to have the cord slide over his body. This technique is also known as “the cat spin.”

This last procedure is only used in 1% of all cases, but it’s the one that scares parents the most. It has contributed greatly to the myths surrounding having the umbilical cord wound around the baby’s neck.

If doctors notice that the umbilical cord is wound irreparably around the baby’s neck compromising his oxygen, the doctor proceeds to cut the cord while it’s still inside the vaginal canal. They do this by first inserting two hooks and then they use scissors to carefully free the child.

Myths linked to this topic

There are many myths about the possible dangers that babies face if the umbilical cord is wound around the neck or limbs. Complications only arise in 1% of all cases and they usually don’t compromise the life of the child.

As explained above, the three levels of difficulty when it comes to the umbilical cord wound around a baby’s neck can all be efficiently controlled by specialists. This occurrence can occur due to many factors including the fetus’s movements in the womb.

“The umbilical cord can be wound around the fetus at any time of the pregnancy and around any part of the fetus’s body.”

Having the umbilical cord wound around a baby’s body doesn’t pose a great risk to his health. This condition is fairly common in delivery rooms; therefore, specialists are fully trained to respond to it.

As parents, don’t get carried away by alarming information. Review the most up-to-date and accurate information on the subject. This will be sure to set your mind at ease.