Week 7 of Your Pregnancy 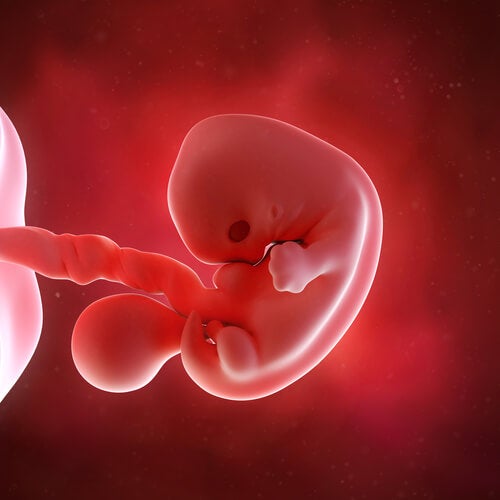 What happens for mother and baby during week 7 of pregnancy? You’ve already spent six weeks together, living the process of gestation and integration every day.

From week to week the baby is transforming as he or she develops. The mother’s body is also changing, as are the symptoms she experiences. Little by little, both are getting used to each other, and with each passing day the bond between them becomes stronger.

Week 7 of Pregnancy for the Mother

Although every woman experiences pregnancy differently, there are some features that are common to most pregnancies.

Although the mother’s body still hasn’t fully adjusted to its new state, it’s beginning to change to support the baby’s development. As the second month begins, morning sickness will continue if it has started already, or may appear for the first time.

Cravings will also continue, as well as repulsion by certain foods or smells.

Usually in the 7th week, the belly and breasts begin to look larger, the waist thickens, and the mother will need to urinate more frequently. Moods will vary, depending on each mother’s situation.

Generally, this is around when the pregnancy is confirmed, which leads to different reactions depending on whether the pregnancy was expected or wanted.

The Baby in Week 7 of Your Pregnancy

Suggestions for Week 7 of Your Pregnancy

Nausea and vomiting, which are usually very unpleasant, can be relieved by eating small amounts of food five times a day. It’s important to drink enough water, avoiding carbonated drinks as much as possible.

It’s very important not to let this stage of pregnancy go by without seeing an obstetrician. Gaining weight, blood pressure, and balance in test results are all areas that need to be monitored.

Additionally, the mother will almost certainly feel tired and sleepy. Setting aside time to sit quietly, rest, and sleep will benefit both your own body and the baby’s development.

At week 7 of the pregnancy the embryo becomes a fetus

It’s also a good idea to avoid unstable forms of transportation that bounce around a lot or are very exposed. In general, doctors advise avoiding motorcycles and bicycles.

During this week of pregnancy, the embryo is connecting to the uterus, so there is still some risk of miscarriage.

It’s important not to neglect your skin. The stretching caused by the growth of a mother’s abdomen can lead to stretch marks once the child is born.

In the 7th week, a pregnant woman should take care of her skin with the appropriate lotions to keep her skin from losing its natural elasticity.

With regard to work, a woman in week 7 of her pregnancy who is not experiencing any problems can continue to lead a normal life. If you suspect that your work conditions may harm you or your baby, consult your doctor immediately.

The happiest moment of your life, that of being a mother, can be overshadowed by the presence of a tumor…