What Are Molar Pregnancies? 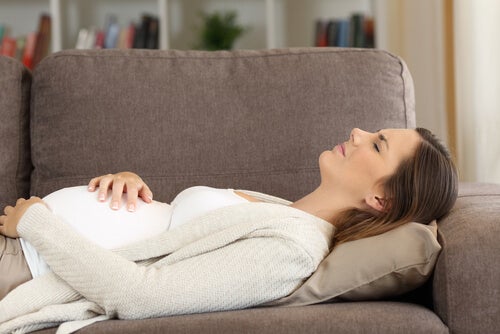 Molar pregnancies are gestational abnormalities that don’t reach the end of the cycle. They occur when the product of fertilization becomes a cluster of cysts that grows rapidly.

In technical terms, the trophoblasts, which are the cells forming in the placenta, reproduce uncontrollably and form what is called a hydatidiform mole.

These atypical pregnancies can be complete or partial:

This type of pregnancy usually occurs because of genetic errors. In the case of complete molar pregnancy, one or two sperm fertilize an empty egg, and the genetic contribution comes from the father as a whole.

In the case of the partial molar, there is genetic material from the mother, but the father’s genetic material is duplicated. The final result is an embryo with 69 chromosomes instead of what is considered normal: 46.

In partial molar pregnancies, unfortunately the embryos will not develop and will be outgrown by the abnormal growths.

How often do these types of situations occur? Approximately between 0.5 and 1 cases per 1,000 pregnancies.

The following are considered risk factors:

How are molar pregnancies and their symptoms detected?

In general, the pregnant mother will feel typical signs of pregnancy, such as amenorrhea, nausea and abdominal growth.

Symptoms that don’t fit with a healthy pregnancy usually begin to emerge and reveal the need for control and diagnosis.

Some of these signs are:

Either way, a specialist will have the ability to require an analytical search for high levels of the pregnancy hormone hCG.

By performing a pelvic analysis and ultrasound, they can detect the abnormal size of the uterus and the formation of clusters and an embryo.

How are molar pregnancies medically treated?

Molar pregnancies often lead to spontaneous abortions. To avoid this, they must be removed surgically, by curettage or with medication.

In any case, these are pregnancies that either don’t have an embryo or, if they do, the embryo has no chance of surviving.

After removing the molar tissues, it’s possible for traces to remain, and thus a risk that they’ll reproduce again. This proliferation of abnormal tissue produces persistent gestational trophoblastic neoplasia.

This situation occurs in a percentage of 15 to 20% in complete molar pregnancies and 5% in partial ones.

Molar pregnancies usually lead to spontaneous abortions. To avoid this, they must be removed by surgery, by curettage or with medication.

The situation caused by molar pregnancies can be complicated.

What to do after a molar pregnancy?

A woman who has experienced this failed pregnancy is able to re-conceive if the diagnosis and treatment were timely, and always under medical supervision.

Usually, the obstetrician will recommend waiting a year, during which time you should check that there are no remains of the mole in order to preserve the health of the reproductive system.