Recipes for Diabetic Women During the Second Trimester

For diabetics, food restrictions often represent a major obstacle when thinking about what to cook. With these recipes for pregnant diabetic women, you'll find varied and healthy options to choose from. 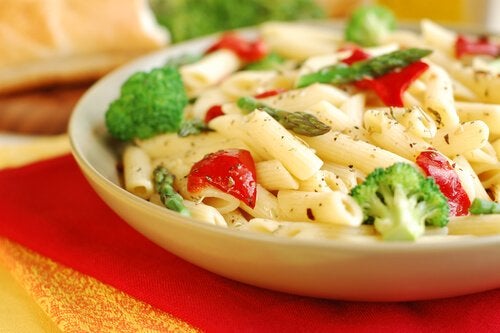 In this article you’ll find recipes for diabetic women during the second trimester of pregnancy.

Diabetes is a condition that generates insulin resistance or produces lower amounts of insulin, which is responsible for processing glucose in the body. This is a problem for pregnant women, especially when it comes to looking for healthy meals.

Setbacks can occur during the beautiful process of pregnancy. One of them is gestational diabetes, which occurs during the end of pregnancy and can cause problems in the health of the fetus.

There is also the possibility that women may have diabetes before pregnancy or even after pregnancy. While it’s necessary to take special care of yourself, it isn’t a disease that involves serious risks for the future mother or baby.

Before we continue on with recipes for diabetic women in the second trimester of pregnancy, we’ll clarify which foods you should pay attention to.

“In addition to gestational pregnancy, there is also the possibility that a woman has diabetes before pregnancy or even after pregnancy.”

Recipes for diabetic women during the second trimester of pregnancy

Now let’s get to the heart of the matter and provide a list of recipes suitable for diabetic women during the second trimester of pregnancy.

“Fruits and vegetables with a lot of water content are ideal for those with diabetes.”

This is a special recipe for diabetic women during the second trimester of pregnancy. The good thing about it is that it allows women to have a treat, which is typically forbidden for diabetics.

As always, we emphasize that pregnancy is experienced differently by every woman. Therefore, symptoms and discomforts can affect daily activities in different ways. If you don’t feel like cooking, ask for help.

With these simple recipes for diabetic women during the second trimester of pregnancy, you already have part of the planning solved. Go ahead and try them!