5 Mystery and Suspense Books for Teens

Year after year, mystery and suspense books for teens continue to be bestsellers. Read on to discover some of the best ones! 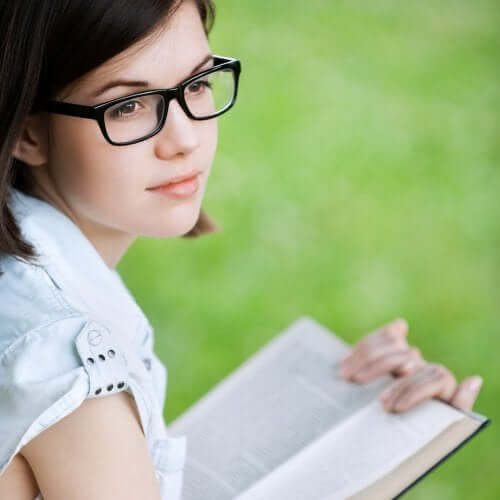 Nowadays, it’s difficult for teens to form the habit of reading. This is because there are so many forms of entertainment out there. However, certain books and themes are still widely read among young people and remain successful over time, such as mystery and suspense books.

To encourage and promote reading in young people, here you’ll find a list of engaging mystery and suspense books for teens… and anyone else really!

Mystery and suspense books for teens

Murder in the Maze by J. J. Connington

The vast majority of mystery and suspense books begin with a murder investigation and, by only looking at its title, you know this book is no exception. This story focuses on a hedge maze in an English country estate, where the bodies of its owners appear.

The only evidence the police have so far is the murder weapon: poison darts. The suspects are the relatives of the owners because they’re the only ones who know how to move inside the maze. This thriller will keep the reader intrigued and discovering the different clues along with the chief of police handling the case.

Just the title of this book gives you an idea about why we included it in this selection of mystery and suspense books for teens. James Dashner, the author of this psychological action thriller, presents the first title of the trilogy.

The plot of the story focuses on Thomas, a young man who wakes up in an elevator one day and doesn’t even remember his name or the reason why he’s in the elevator. In addition, he doesn’t know where he’s going.

Later, the elevator reaches its destination and, when the doors open, a group of teenagers welcomes Thomas to the area. These young people live together in this area without knowing why. The only thing they know is that the doors of the Maze open in the morning and close at night, and that, every 30 days, a new member arrives in the elevator.

Among the mystery and suspense books for teens, Laura Gallego is one of the most prominent authors. Her books combine fantasy, history, and mystery to create fascinating stories that will engage both young and old.

Her writing is unique, as well as her success. Best-settlers like The Idhún’s Memories prove it. Another of her books that stands out due to the fact that it combines love, adventure, mystery, and friendship is The Book of Portals, starring charismatic teenagers and a lot of fantasy.

Here’s a story full of intrigue, mystery and humor. It’s very easy to read and will hook teens to its story. They won’t be able to stop reading until they finish the entire book!

The same night that Sam loses her memory, her friend Cassie disappears. From that moment on, Sam decides to be different from her previous self and changes her life. However, someone who knows what happened the night of Cassie’s disappearance won’t let Sam start her new life and recover her memory. If she remembers… she may die.

Book Series for Teenagers: 10 Great Options
Books created for teenagers are full of values and have a have a positive impact on their mental development. We'll discuss 10 book series for teenagers. Read more »
Link copied!
Interesting Articles
Books
The Bookstagram Phenomenon Boosts Reading Among Youth