Teenagers love romance novels. For this reason, it's one of the most popular genres in young adult literature. Here, we'll give you some great ideas. 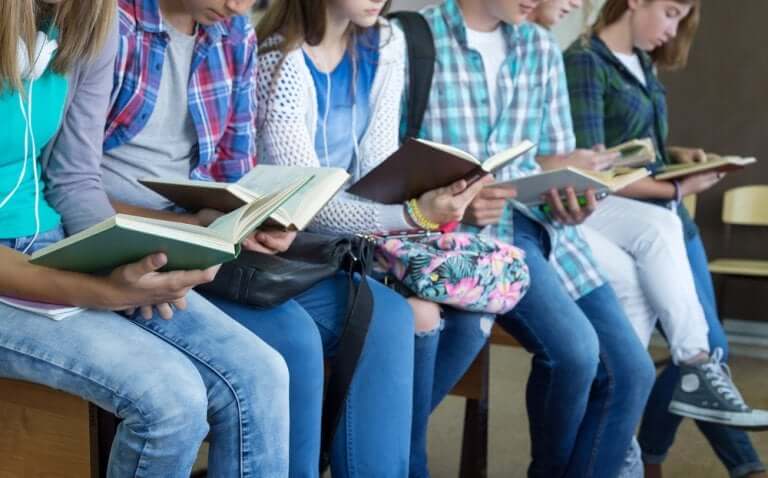 Romance novels are very influential for teenagers today. This age range is very difficult as far as reading is concerned. Most of the time, they see reading as an obligation or would rather do other things instead.

Romance novels for teens are the most widely read because love is something that virtually all teenagers think about. They want to live the same stories as the protagonists. However, in many cases, they don’t have a happy ending.

Here, we’ll give you some of the best-known romance novels for teenagers.

Blue Jeans is one of the most prominent authors of young adult literature. He published his first trilogy of love stories for teens ten years ago. In that trilogy, his first book was Songs for Paula.

Paula, the protagonist of the story, is 17 when she falls in love with Angel, an older boy she meets on the internet. However, Alex also appears as a secret admirer that Paula doesn’t know yet.

This trilogy continues with Do You Know I Love You? – developing a plot that includes some of the most important themes teenagers go through. For example, it includes love, friendship, and social media.

Blue Jeans also published another trilogy called The Misfits Club. It has themes similar to the previous trilogy. In addition, teens will love these books for their simple, agile narrative with lots of dialogue.

Three Meters Above the Sky: One of the most important romance novels for teens

Without a doubt, this is one of the most outstanding young adult romance novels, even after all these years.

Four years later, he published the second book, I Want You. In addition, they were made into movies because of how successful the books were. These books were popular when they were published, and continue to be popular today.

This novel highlights love as the center of life, friendship, and typical problems for teens. In addition, it describes relationships between parents and kids, and the dreams you have in your teens.

The second part of this book is also a great love story for teens since it shows more of the love between Babi and Step. However, they’re already adults by this point in the book.

Another of the most outstanding romance novels is After by Anna Renee Todd. In fact, this book was so successful that on April 12, 2019, the film adaptation first reached theaters.

After has five titles in this series: four of them develop the plot of the story. However, the last one is a prequel since it tells everything that happens before the series.

The story revolves around two totally different protagonists: She, a university girl focused on her studies and with a clear plan for her life. He, a rebel with a complicated life.

The internal struggle between what is right and wrong, love, ingenuity and sex have made this saga a global bestseller.

The Fault in Our Stars: One of the most famous romance novels

The Fault in Our Stars is one of the books that, as you turn the pages, you know they will leave a mark on you. It’s a deep, beautiful and real novel. In it, the author John Green addresses one of the most common diseases: cancer.

This story depicts love, friendship, a love for reading, self reflections, and the acceptance of living with a disease. In short, it’s a book that, through its simple, fast and direct style, will make you laugh and cry. We assure you that it’ll quickly become one of your favorites.