All About Progressive Education

In contrast to traditional and authoritarian education, based above all on the memorization of knowledge, a movement called progressive education arose in the late 19th century. In this article, you’ll discover its origins, the changes it brought about in the education of that era, and its main contributions to education today. 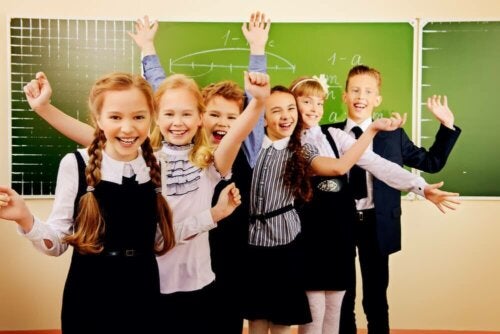 The main characteristic of progressive education was that it was broad and complex and had disparate ideological orientations. In other words, it consisted of various contributions, both theoretical and practical, from different thinkers around the world.

This movement, which first arose in Europe and later spread to other countries in the world, revolutionized education.

A new concept of schools and education

Progressive education arose on the basis of the theoretical precedents established by the Enlightenment, developed by authors such as Rousseau, Pestalozzi, or Frobel. It basically consisted of criticizing the traditional education that existed at the time.

Thus, progressive education arose as a defense and vindication of education in which the student is the main protagonist, attending to their needs and wishes. It postulated that schools should stray away from the traditional conception of formal, authoritarian, and disciplinary education, which considered students passive subjects.

Authors such as Dewey, Piaget, Vigotsky, Cousinet, Ausubel, Ferriere, Montessori, and Freire, among others, greatly contributed to the creation of a new educational concept. This new concept was based on an education primarily designed on the following principles:

Many of the principles of current education stem from breakthroughs that progressive education led to. The consideration of a free, practical, participatory, vital, and democratic education is an important legacy of progressive education, where the spotlight is on the student, their individuality and learning, in accordance with their biological evolution.

Progressive education advocated for an education that doesn’t foster competitiveness but rather cooperation. Our current educational system is based on this idea and competency-based teaching. In other words, learning adequate competencies both for the professional and work world, as well as others associated with the development of a democratic and responsible coexistence.

Therefore, just as in progressive education, the main goal of our current education system is to educate for life.

In short, progressive education contributed a lot to the conception of education and the formation of our current education system.

But we could say that the main legacy to education and pedagogy has been the permanent need to rethink and modify educational practices – above all, to ensure these practices are oriented towards the training of free citizens capable of contributing to an increasingly plural, tolerant, and inclusive society.

Instructional Scaffolding in Education
When you hear “scaffolding”, the idea that comes to mind is that of support that allows you to get somewhere. Well, that’s what scaffolding in education is. Read more »
Link copied!
Interesting Articles
Relating to their surroundings
Social Media Platforms: Is TikTok the Most Popular One?