Interculturality refers to the possibility of a respectful coexistence between people with different cultural identities. Thus, intercultural education should aim to teach people to live with others and respect differences. 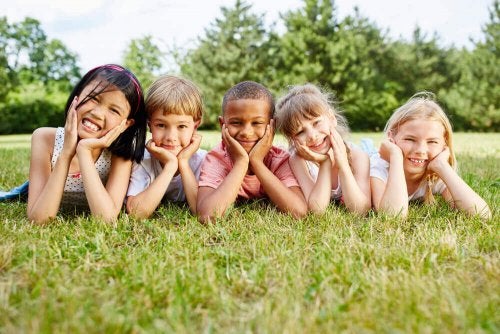 To understand what intercultural education is, you must first remember what culture is. As defined by cultural anthropology, specifically by Edward B. Tylor (1871), culture is:

“That complex whole which includes knowledge, belief, art, law, morals, custom, and any other capabilities and habits acquired by man as a member of society.”

Culture is learned through the socialization process, whereby each person learns what a society and their immediate family environment teaches them in a particular historical time.

And their behaviors, ways of interpreting reality, and their values depend on their personal circumstances and their own social and cultural context.

Historically, and nowadays, societies and nations have formed from the immigration and emigration of people. This has allowed us to become a part of a multicultural reality. In other words, we’re always in contact with people with different cultures and languages we must coexist with and respect.

There are different positions regarding the situation of multiculturalism regarding opposite cultures and different customs. For example, adopting an ethnocentric attitude that disposes us to analyze other cultures from our own perspectives. This can make it hard for people to put themselves in other people’s shoes and even feel more superior than them.

Another approach may be to adopt a certain cultural relativism to be more tolerant of other cultures, groups, and cultural events. But although this attitude is respectful, it doesn’t propose the possibility of contact and conscious exchange between diverse cultural groups, as an intercultural stance does.

Interculturalism, unlike other attitudes, involves taking a step further regarding the encounters between different cultural groups. It’s not just about living peacefully in the same social and temporal space but also to advocate for interaction and exchange as a possibility for growth and development, both social and individual.

Thus, intercultural education is a holistic and inclusive approach aimed at developing respectful attitudes that are tolerant of diversity. But, in turn, it also highlights the need to conceive diversity as a form of personal and collective enrichment.

Intercultural education doesn’t allow the ideas and actions of a person or cultural group to be above the other. In this sense, it’s an education that attempts to change practices by encouraging and facilitating dialogue and the participation of each regarding other realities.

Intercultural education consists of rethinking certain concepts, such as racism, discrimination, and exclusion. In addition, it:

A Documentary About Four Babies from Very Different Cultures
Bayar, Mari, Ponijao and Hattie are four babies from very different cultures, and they're the stars of the documentary Babies. Read more »
Link copied!
Interesting Articles
Relating to their surroundings
Social Media Platforms: Is TikTok the Most Popular One?