The Beginning of New Life: When Does It Happen?

For many, the beginning of new life occurs at the moment of conception. For others, it starts when a mother feels the flutters in her belly. There are even those who claim that life begins when a person is born. 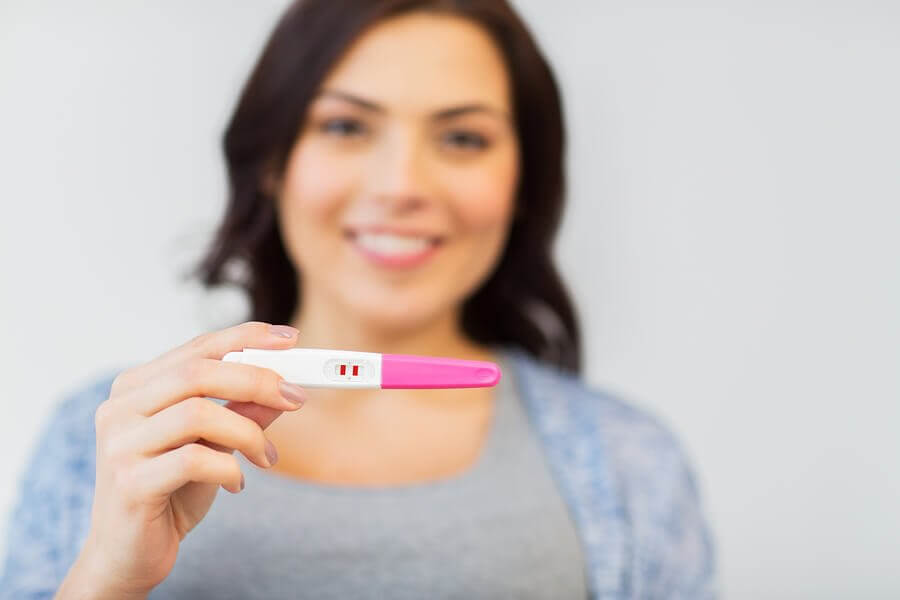 Who doesn’t want to know what their first minutes, hours and days of life were like in their mother’s womb? This is something that fascinates scientists who wish to understand the minute details that occur from conception to birth. The beginning of new life is, no doubt, something amazing.

The beginning of new life: sperm and ovule

Beyond the magical and idyllic idea of the beginning of new life, there are certain “requirements” that must take place for it to occur. For example, there needs to be an ovule and a sperm. Furthermore, fertilization must take place, as well as the successful implantation of the embryo in the uterus.

Today we want to take a closer look at this process, since the sperm’s task is quite complicated. To produce conception, sperm must leave the vagina, ascend through the cervix, and pass through the uterine cavity. Finally, they must reach the Fallopian tubes and come into contact with a woman’s ovule.

But that isn’t all. Now a sperm must break through the outer layer of the ovule in order to fertilize it. All of this, before another sperm gets there first!

And of course, it’s not as if the sperm has been training for months to be the fastest. Rather, there are other factors that lead to a sperm winning the “grand prize!” The ovule sends out certain olfactory signs to guide the sperm down the right path to reach its objective.

Even once the ovule and the sperm meet, fertilization is another process that requires certain abilities. For this to happen, teamwork is required.

A number of sperm simultaneously try to penetrate the ovule’s protective layer, known as the zona pellucida – one fortunate sperm will manage to break through and fertilize the egg.

But wait – there’s still more. To produce new life, implantation must now occur. After the fertilization process is complete, the ovule will spend the next 5 days slowly making its way to the uterus, where it will start to nest. This process will depend on the levels of various hormones, like progesterone and estrogen, that the embryo produces.

If everything continues as it should, then gestation will continue and, approximately 40 weeks later, a baby will be born. However, in the course of this time, the new organism will develop and grow to hundreds of times its size in just a few weeks.

“The sperm’s task is quite complicated. To produce conception, sperm must leave the vagina, ascend through the cervix, pass through the uterine cavity. Finally, they must reach the Fallopian tubes and come into contact with a woman’s ovule.”

So when does new life actually begin?

This question is actually quite controversial, and the answer depends on who you’re asking. The scientific community says one thing, and the religious community says something else.

According to biology, when fertilization takes place between an ovule and a sperm, a new living being comes into existence. This organism already has its own DNA. It’s a cell with its own unique genetic makeup, different from that of the parents.

This new being – the embryo – divides into two cells, then four, then eight, and so on, finally forming a complete, structured organism. As long as its development goes uninterrupted, it will continue to grow and develop until it becomes a person.

Different perspectives about the beginning of new life

This tiny being, the embryo, already belongs to the human species, given that it comes from two humans and “takes” genetic information from each one. So then, new life, according to science, starts at the moment of fertilization. The Catholic Church and other religious institutions state the same.

However, there are plenty of other groups that disagree with this theory. For example, when it comes to Islam, a fetus can only be considered a person once it reaches 120 days.

Before that point, according to this faith, the fetus doesn’t possess a soul. Before and after this point, an abortion is permitted only if the mother’s life is at risk.

It’s also important to take into account certain legal issues. In many countries, people have rights from the time they’re born, and not before.

So then, during pregnancy, unborn babies are “represented” by their mothers. This changes the scenario completely, as the organism in a mother’s womb isn’t considered life until it’s born.

To summarize, we could say that there are three main theories in regards to the moment in which life begins:

In conclusion, it’s important to point out that life is marvelous. The miracle that takes place after so much effort by the ovule and the sperm is truly incredible.

How Diet Affects Fertility and Recommended Food Choices
A diet rich in certain nutrients can promote fertility if you are trying to conceive. This applies to both men and women. Learn how diet affects fertility. Read more »
Link copied!
Interesting Articles
What do you need to know?
How to Respond to Drowning in Children