Where Does Your Family Name Come From?

Family names often have some kind of explanation, a historic origin or another reason for existing. Find out more about the origin of family names below. 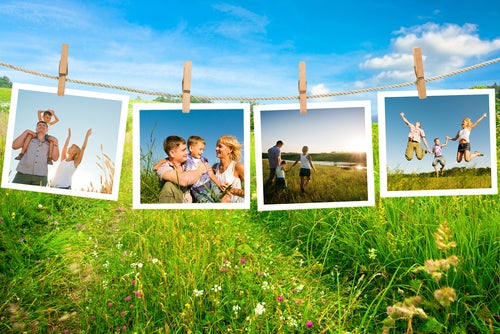 There’s a popular belief that people’s last names define many things about them. A family name denotes a particular root or story. It provides a sort of background or history, allowing us to better understand where we come from.

What’s the story of your family name?

Human beings are always looking for ways to identify themselves. “I’m X’s son,” “I come from,” etc, are some of the ways in which we present ourselves. It’s a practical manner of describing ourselves.

If it weren’t for family names, it would be much more difficult to identify and distinguish people.

There was a time in which the world’s population and its communities were much smaller. Family names weren’t used since people knew each other because they lived very close to one another – having a second name had no use then. But that changed in the Middle Ages.

Population growth and changes in society led to the need for distinguishing individuals from one another. In the case of nobility and high office, this was highly important because it made it possible to ratify the legitimacy of the office held and the scope of power conferred.

A dynasty could be founded or assumed on the basis of a family name. Even the name of a conquered land could become a family name. This was the noblemen’s way of advertising their conquest. In later days, these noblemen made other inhabitants of a city bear those family names.

When feudal lords or monarchies made discoveries or conquests of new territory, they imposed family names on the locals; this practice was extended to slaves. When the levels of exchange among cultures increased, family names were subject to translation.

In other cases, these family names, aside from being translated, suffered alterations, and later, variations. The range of possible family names was extended, with the purpose of not highlighting the difference too much and not being discriminated against.

Family names didn’t have a common origin, but arose spontaneously or when one kingdom conquered another one. The family names corresponded to the person’s place of origin, trade or distinctive physical characteristics.

There are several types of family names, considering their origins. Thus, family names can be defined as follows:

These family names arise from a derivation of a proper name. They may come from the first name of a feudal lord or father. Nowadays, the custom of using patronymic family names is preserved in countries like Russia, and among other Slavic countries.

A family name is toponymic when it appears as part of a derivation of the name of a place. In Spain, for example, there are family names characteristic to the region, such as Madrid or Valencia. The geographical area is the determining factor in this type of family name.

This sort of family name is linked to toponymic family names. Although they have a geographical relationship, the ethnic aspect is more important. Some examples are Argentino, Vasco, and Catalán.

Theonymic family names refer to a deity. There are many latin examples in this area, such as De María or Santa Cruz.

Closely linked to these are family names that seek to highlight luck. They’re usually related to Christian religious elements and contain a metaphysical aspect.

5. Derived from animal names of any other defining element

This type of family name may consider a meaningful animal as a distinctive element. It may also have a direct connection with the trade of the person who started using it (Cook, Farmer, Fisherman, Gardener, Hunter, Potter, among many others).

Some examples of family names derived from animals are:

This type of family name is associated with the physical attributes of a family member. Well-known family names, such as Short, Long, Stern, Strong and Swift are some of them.

There are thousands of stories and origins behind family names. In addition to the types mentioned above, there are also ones that refer to the month of birth, such as April and March. Other family names may refer to family ties, such as Niño de Guzmán. And the list goes on.