A Mother's Testimony: Mothers Prefer Their Sons to Their Daughters 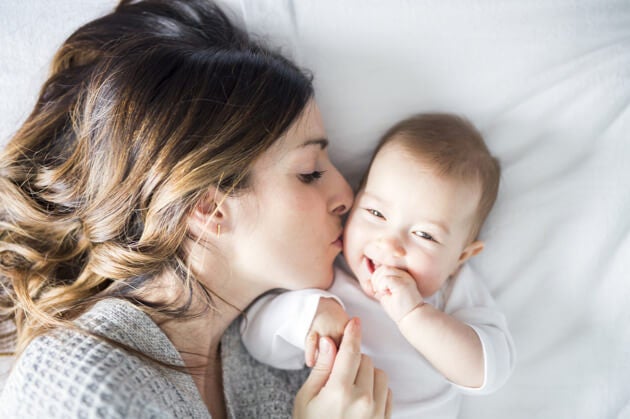 Just admit it! Mothers prefer their sons to their daughters… or at least that’s what Shona Sibary – the very controversial British mother of 4 – has to say.

Shona Sibary hast three daughters, but only one son. She says she felt relieved when she found out she was going to have a son. She admits to having a closer bond with her only son than she does with her daughters.

Here’s what she wrote:

The moment had finally arrived. Twenty weeks pregnant and beached up on the antenatal couch ready for my scan, I could barely contain my impatience.

The sonographer had mistaken me for the kind of woman who wanted a lengthy preamble on her growing baby’s development, and she waffled on and on about fingers and toes and the size of head when — actually — what I wanted to hear was one thing and one thing only.

It was all I could do not to yell: ‘Open your legs and let me see what’s there.’ To the fetus, obviously, not the scanner.

And then, as if by magic, it happened. The baby shifted to reveal all and the sonographer turned to me and said: ‘Well there’s very definitely something dangling and — let’s put it this way — it’s not the umbilical cord.’

Lo and behold angels may as well have descended from the sky singing arias, such was the joy I felt.

After two girls and four years of treading on tiny plastic Polly Pocket parts on the living room floor; after a tsunami of pinkness and tangled hair and fussy eating, I was finally having a boy!

Call it hormones but I instantly burst into tears of relief.

Twelve years on, I feel pretty much the same. Since Monty’s birth another daughter has joined our brood — Dolly, now five — raising the estrogen cohort to three.

Monty remains my one and only son. Perhaps this goes some way in explaining why he can walk into the kitchen in the morning, dishevelled, monosyllabic and mildly pongy, and I will stand, breathless in awe, at the sheer wonder of him.

I remember gazing at my newborn son through the Perspex side of his cot and, in a fog of hormonal emotion, thinking: ‘I will kill the girl who breaks your heart.’

And before you all accuse me of blatant favoritism there is strong historical and literary evidence backing up the closeness of a mother’s relationship with her son.

Not to mention that a survey of 2,500 mothers by Netmums revealed half had a stronger bond with their sons, and a whopping 88 percent admitted treating their daughters differently.
The findings showed that mothers praised particular characteristics in their sons, seeing them as funny, cheeky and playful, while denigrating similar attributes in their daughters by referring to them as argumentative or stroppy.

All four of my children have strong personalities and regularly demonstrate behavior that isn’t necessarily a reflection on their gender. They can each argue until the cows come home, push boundaries and drive me to distraction.

Am I harder on the girls as a result? You bet I am. It’s because when Flo, 16, fixes me with a look of disdain and Annie, 14, rolls her eyes, it’s as if I’m looking in a mirror — and I don’t always like what I see.

With Monty it’s different. My relationship with him feels lighter, unencumbered by the angst I often experience when I see my own foibles reflected in my daughters.

I may be more critical of the girls, more aware of their setbacks and the challenges that face them, but they also have an uncanny knack of making me feel on occasion like the worst mother in the world.

Of course I love all of my children, boys and girls

Of course, I love all my children in different ways. It’s just that with the girls I often have the uneasy sense that I’m trying to assemble flatpack furniture with an instruction manual that’s in Korean.

Nothing I say or do is right. They can be infuriatingly oversensitive. They challenge me, push me away and leave me certain that I’m falling short in my maternal duties every day.

Monty is another creature altogether. He tells me I am wonderful all the time, even when I yell like a harridan or forget to wash his PE kit.

When he’s with me he somehow manages to convince me I’m getting this parenting lark right. Ours is a mutual patting-on-the-back relationship. Flo, Annie and Dolly prefer to keep me on my toes.

Or perhaps it has more to do with the old adage: ‘A son is a son until he takes a wife, but a daughter’s a daughter all of her life.’  Deep down, I know the clock is ticking on the time I have left to be at the center of Monty’s world.

Before too long there will be another woman waiting in the wings ready to steal his heart. Maybe then, and only then, can my relationship with my daughters truly come into its own. If, that is, we’re still on speaking terms.