Want to give your daughter a beautiful, unique and original name? Don't miss these examples. 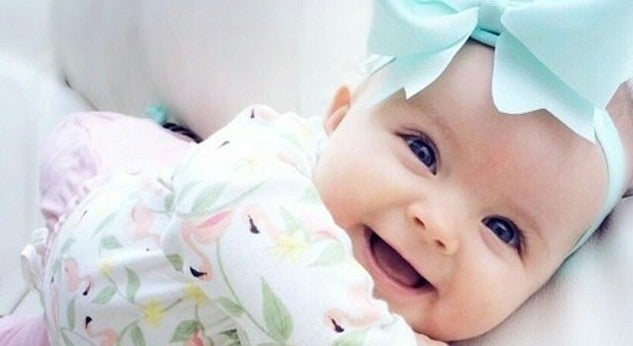 It’s official: your scan shows that the newest member of the family will be a girl! If you’re having trouble choosing a name, look no further – here are 40 trendy names for girls.

Perhaps one of them will sound just right for your daughter.

These are the names that most parents chose last year. Some of them are of Greek origin and others come from Latin or Hebrew. Many have an important meaning behind them.

There is a trend towards names for girls that invoke peace, calm and sweetness.

It can be difficult to find a balance between creativity and tradition. There’s also a decision to be made about middle names.

Very modern first names tend to be paired with a middle name of a similar style. It can also be a good idea to choose a short first name to complement a longer middle name, or vice versa.

Want to set the trend? Choose one of these names:

Many of these traditional names for girls have staged a comeback in recent years, and they won’t go away any time soon.

Remember to keep your child’s surname in mind. As a whole, your baby daughter’s name should sound harmonious and natural.

Perhaps one of these timeless names will catch your eye and make your shortlist.

Do you follow the world of showbiz? Would you like to emulate your favorite musician or actor? If this is the case, you have every right to look to the stars for inspiration.

Here are some celebrity baby names that have set trends:

Names for girls inspired by TV and film

The series Game of Thrones has given rise to two unlikely new names for girls: Arya and Daenerys. For boys, meanwhile, Jon and Bran have seen a resurgence.

Names inspired by TV are nothing new, however: the name Phoebe became more and more popular around the world with every year that the sitcom Friends was on the screen.

Children’s movies are also a source of inspiration for many parents. Ariel (like the Little Mermaid), Belle (from Beauty and the Beast) and even Aurora (from the 1959 animated feature Sleeping Beauty) have all been popular for a while.

Although Elsa and Anna were already fairly common names before Disney’s Frozen became a hit, the number of baby girls with these names has increased significantly.

Other Disney films feature protagonists with original and attractive names that have caught on among parents. Such is the case of Tiana (The Princess and the Frog) and Jasmine (Aladdin), among others.

Now that you know some of this year’s trendiest names for girls, do you have a favorite in mind?