The Umbilical Cord Contains the Secrets of Life 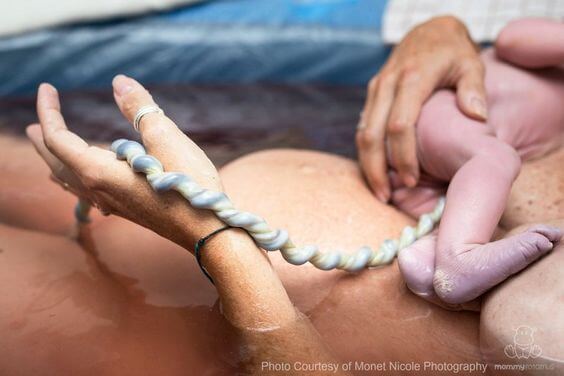 The miracles of life are as wonderful as they are mysterious. Even today, with all of the science and technology available to us, there are still secrets surrounding the development of  human life. The umbilical cord guards much of the secret formula in its stem cell-rich blood.

During pregnancy, a cord measuring approximately 56 centimeters in length joins mother to child. This runs from the baby’s abdominal wall into the placenta. Its main function is to provide the baby with nutrients and oxygen from the placenta, and to transport the baby’s waste back to the placenta.

When the child is in the womb, the umbilical cord is part of their body, joined by the two arteries in the cord. One of these serves to extract the waste that the baby produces, while the other keeps their little body supplied with oxygen.

The umbilical cord is full of life

This long, useful cord also transfers antibodies. Close to the end of pregnancy, the umbilical cord passes antibodies that the mother has developed throughout her lifetime through the placenta to the child.

But there is more. The blood within the umbilical cord is rich in stem cells, which are known as the building blocks for life, because they can reproduce or create other cells. They can divide and make copies of themselves, colonize, integrate and create new tissue.

Stem cells contain all the genetic information necessary to form all of the organs in the body. The umbilical cord contains millions of them. This cord, which some parents keep as a souvenir once the baby is born, carries a huge part of the secret of life.

In fact, blood from the umbilical cord is the main source of stem cells for children. These cells are identical to those found in bone marrow. This makes them ideal for fighting illnesses that may threaten children’s lives.

Umbilical blood contains hundreds of cells that can fight certain types of cancer, such as leukemia, non-Hodgkins lymphoma and multiple myeloma.

These cells also have the ability to combat certain types of anemia, such as aplastic and Fanconi’s anemia, as well as other diseases such as Hunter’s syndrome, lupus and severe combined immunodeficiency. Scientists in Spain are studying the possibility of using it to fight blood cancers.

Stem cells in the placenta and umbilical cord blood have the peculiar characteristic of immunological immaturity. As experts explain, this is often an advantage, as they are less likely to lead to rejection in the receiver.

Another advantage of cells from the umbilical cord is that, as well as ensuring exact compatibility with the cells of the baby, they are also more likely to be compatible with other members of their family.

The procedure for extracting stem cells from the umbilical cord or placenta is painless. In many countries, there are ways to store these cells and use them later to combat health problems in the child or their family.

Aside from the wealth of stem cells that the umbilical cord provides, British scientists have now discovered that delaying cutting the cord by about three minutes can significantly improve your baby’s health.

In healthy newborns, waiting three minutes before cutting the umbilical cord can increase iron levels and avoid the risk of anemia caused by a deficiency of this mineral. This is among the results of the study, which appeared in the British Medical Journal (BMJ).

Delaying cutting the umbilical cord should be part of the standard care for newborns in pregnancies without complications, doctors Ola Andersson and Magnus Domellöf suggested in a press release for BBC Mundo.

This research, together with all the studies that have revealed the mysteries of this cord, shows how your baby’s umbilical cord is an asset that can improve their health and help their fellow human beings.