The Development of Newborn Senses

Babies develop all five senses throughout the first months of life. In this article, we'll explain the development of newborn senses. 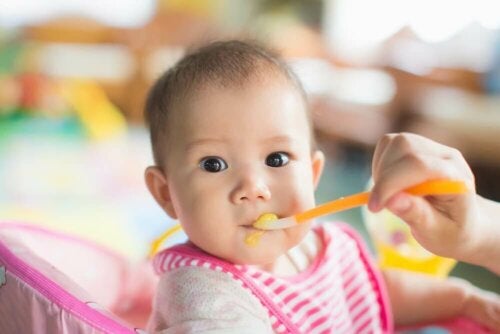 The development of newborn senses is a maturational process that begins at birth. Babies acquire new perceptions through sight, hearing, taste, smell, and touch to understand the world in an increasingly better way.

Although newborn senses are activated from birth, they develop and become more complex as the baby grows.

“Babies are born fully equipped with all the necessary senses of sight, hearing, smell, taste, and touch. However, some of these senses are less precise than others.”

The development of newborn senses

Sight is one of the senses that needs the most time to fully develop. From the moment of birth, babies have the ability to see. However, this vision is very primitive, since their optic nerve isn’t myelinated and their visual cortex hasn’t matured. Thus, as babies grow, the following progress occurs:

Hearing begins its development in the gestation stage. Therefore, the fetus can perceive certain sounds inside the womb, such as the mother’s heartbeat and voice. As a result, when babies are born, they already recognize some sounds as familiar and respond to them with ease.

But although babies listen from the first moment of life, the fact that the nervous system matures over time makes hearing develop:

Babies are born with taste buds that allow them to appreciate flavors. As they grow, the number of buds increases, so they can distinguish and react to different flavors and textures.

Thus, at 3 or 4 months, babies begin to distinguish between sweet and salty, showing a preference for sweet, such as breast milk. Furthermore, at this stage of development, they may express disgust at bitter flavors.

Later, after 6 months, when they start trying new foods, their taste sensations become more complex. From that moment on, babies gradually learn to differentiate and appreciate the different types of food and drinks.

The sense of smell is one of the most developed in babies from the moment of birth. In fact, in the womb, babies have a high olfactory acuity.

Olfactory ability develops over time. Thus, as they explore the environment and have new experiences related to smells, they learn to distinguish and recognize them, and react accordingly to good and bad smells, responding favorably to sweets.

Newborns have developed skin senses. Therefore, they can perceive certain information through touch and experience sensations such as pain, temperature, and pressure.

In addition, throughout maturational development, babies acquire new skills related to touch, exploring various stimuli with their mouths, hands, and legs. In this regard, we should note that babies, in the first months of life, show a preference for caresses and mild temperatures.

When Babies Smile and Laugh: A Big Step In Their Emotional Development
When babies smile and laugh, in case you didn’t know, it means an advance in their emotional development. In this article we will elaborate on this topic. Read more »
Link copied!
Interesting Articles
Postpartum
Postpartum Anxiety During the First Months of Your Baby's Life