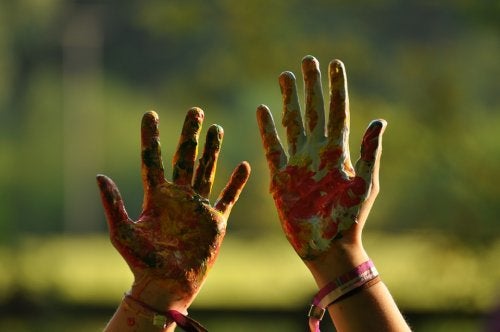 In a society where most things in our lives are designed for right-handed people, it’s necessary as parents of left-handed children to help them as much as possible.

If your little child is left-handed, without a doubt, you will need to pay more attention to their learning and development. Both at school and in extracurricular activities, it’s very common to see the right side encouraged more than the left side.

It’s important to take this into account to help your little one develop their dominant side as best as possible. It’s also important to have patience while they’re learning to write.

Long gone are the days of scenes schools force left-handed children to write with their right hands.

In fact, today, you may frequently hear phrases like: “are you left-handed? Wow! That’s great!” Not to mention the innumerable list of artists and professional athletes who stand out for their left-handed ability.

Digging deeper into the matter, we have found out that scientists still haven’t  established the true causes of why our little ones end up becoming left-handed vs. right-handed.

Many think that it’s a consequence of the evolutionary process of the nervous system. Others say it’s due to hereditary factors, such as excessive testosterone and stress during birth.

What they can agree on is that being left-handed is a neurological question: it’s mandated by the brain and it will depend on the laterality of our children.

What you should know

In left-handed people, the dominant hemisphere is the right. This is what makes our children better at handling the left side of their bodies, making them different from right-handed people.

At least once in our lives, we’ve all been interested in knowing why this is. Below, we present you with curious facts about left-handed children.

It depends on the parents

What’s for sure is that our little ones don’t have to go through those unusual scenarios where they are considered to be different from the rest just because they write with their left hand.

Rather, it’s our job to encourage them and adapt to their needs so they feel comfortable and free to use their left hand.

We shouldn’t commit the socio-cultural error of wanting to make our children be right-handed, but rather help them to develop their laterality and grow in harmony.