What Is Acute Otitis Externa in Children?

Acute otitis externa can cause intense pain and the feeling that your ear is blocked. When your child notices this, you should go to the doctor. Then, he can determine what type of otitis it is. 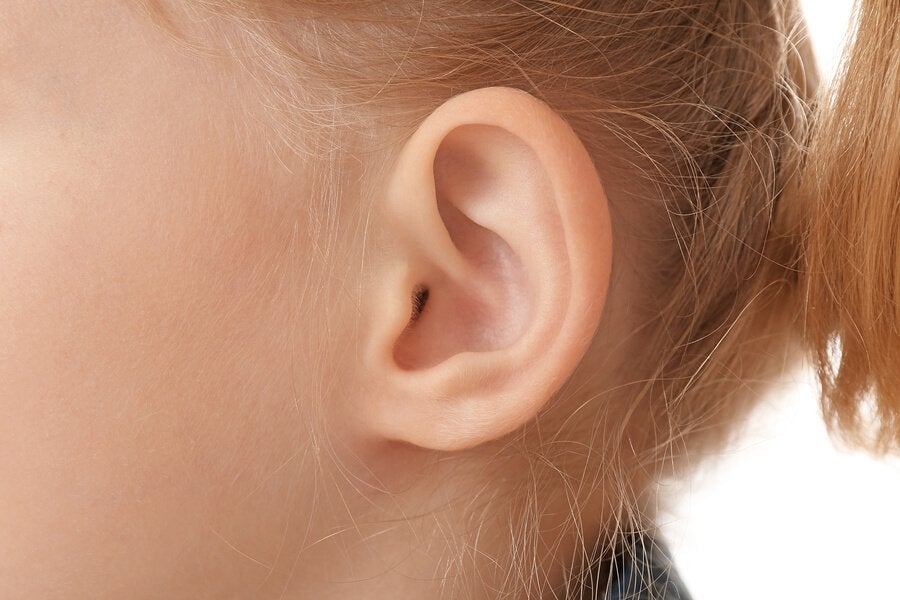 Ear infections are very annoying and uncomfortable for children. In addition, sometimes it’s hard to notice problems. For acute otitis externa, you can diagnose it more quickly. This is because the symptoms are more obvious and may be really strong.

Acute external otitis is usually caused by bacteria, such as Escherichia coli, Pseudomonas, Staphylococcus aureus, or Proteus vulgais. You can get it from the following disorders:

“In most cases, acute otitis externa is mainly bacterial. Mycotic causes, those caused by fungi, are less likely.”

Children suffering from what we call “swimmer’s ear” have several very noticeable symptoms. The most common and annoying symptom is intense pain. Usually, kids don’t have fevers, in most cases.

Kids who usually suffer more from this condition are the ones that spend more time in the water. It’s important to get an early diagnosis, so parents should pay attention to the following symptoms:

If there’s a lot of noticeable secretion, your pediatrician must perform some tests to determine if it’s acute otitis externa or a different ear infection, because they usually have similar symptoms.

If there’s pain from pulling on your ear, that might mean that it’s acute otitis externa. The most important thing is to talk to a doctor as soon as possible if you see any symptom that might point to this condition.

When specialists determine that it’s acute otitis externa, they’ll give you antibiotics and local heat to control the pain. In most cases, you can fix the problem with antibiotic ear drops to fight the bacteria. This is according to Dr. Francisca Larach from the Department of Otolaryngology at Las Condes Clinic, Santiago, Chile.

Of course, your pediatrician should be the one to create a treatment plan. Additionally, he’ll make the steps that you as the parent need to follow to help your child completely heal.

If your child takes swimming lessons or likes going to the pool, it’s very important that he doesn’t go back in the water until the doctor says so. In fact, this could stop the healing process, or even make the symptoms worse.

“The most common and annoying symptom is intense pain. Usually, kids don’t have fevers, in most cases.”

After children get out of the water, make sure to carefully dry your child’s ears using a towel to get water out of his ear. Tilting his head to both sides is a good trick to do that.

After being in the water, it’s extremely important that his ears are completely dry. This is how to really treat this condition.

Additionally, don’t put objects in your child’s ears, like cotton swabs. Wax in the ears cleans ears, so you don’t need to clean them with anything.

After taking a bath, you also need to dry your child’s ears properly. In fact, you can even use a dryer on low power. Additionally, you can also use ear plugs as a preventative measure. However, you should talk about this in advance with your pediatrician.

On the other hand, we also recommend rinsing out your child’s ears with a 1:1 ratio of rubbing alcohol and vinegar (as long as the eardrum is intact), mainly after swimming. Using alcohol makes it easier to get rid of water, and the vinegar alters the pH in the ear.

We recommend not using cotton swabs, or other tools. In fact, your pediatrician needs to approve any technique you consider using.

In short, water in the ears triggers various diseases, and affects children’s health. For that reason, knowing about the damages that acute otitis externa can cause will help you prevent and treat it.

How to Test If Your Baby Hears Well
In order to know if your baby hears well, there are several simple hearing tests you can perform. You can try these out at any age. Discover more. Read more »
Link copied!
Interesting Articles
Childhood behavior
Helping Children Manage Disappointment