What Is The Batman Effect and How Does It Affect Children?

The Batman Effect is a strategy used to motivate children. In this article, we'll tell you everything you need to know about it. Surely, you'll find it very interesting! 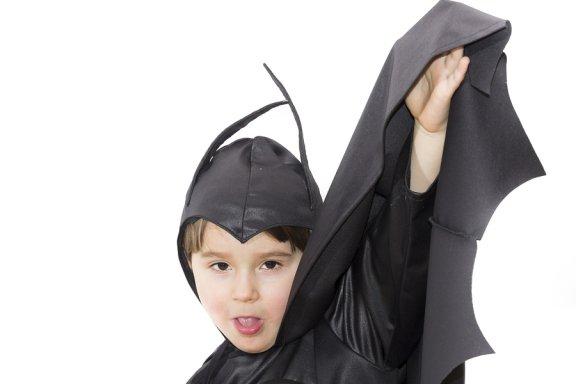 The Batman Effect is a fun and simple way to show children that they’re stronger than they think. Nowadays, it’s becoming more and more difficult to teach kids perseverance and mental strength.

Certainly, the Batman Effect lets kids discover the important skill of perseverance. It’s an amazing strategy, which helps many children get through the most boring tasks.

In fact, numerous studies have shown that the Batman Effect affects children in a positive way. It helps them persevere better than kids who don’t use a similar method.

Using tactics that help kids avoid distractions when working toward long-term goals is crucial to their success. This is what happens with the Batman Effect.

Little kids imagine that they’re superheroes. They use all the energy and motivation from within to do the activity they’re doing.

The Batman Effect and Perseverance

Perseverance, or the ability to stick with something, is essential for life. It’s especially important for children. They have the technology and ability to access almost any form of entertainment immediately.

Given the difficulties that children have persevering in boring tasks, the Batman Effect is a very useful strategy. It works almost perfectly. Basically, it consists of motivating children by telling them to act like a superhero.

Young children who play pretend and identify with a positive character can increase their perseverance. Don’t forget, this skill allows them to self-regulate, avoid distractions, and concentrate on goals and objectives.

The Batman Effect gets children to move to a third-person point of view and think from an external perspective. In fact, it causes them to emotionally remove themselves from how they were feeling in the moment. This helps with self-regulation and greater perseverance.

To explain the Batman Effect in children, we’ll show you the research behind it. Research shows that kids are more perseverant when they’re dressed as their favorite superhero.

Researchers tested 180 kids between ages 4 and 6 using a computer exercise. However, they also had the opportunity to play on an iPad if they were bored.

From there, they divided the children into three groups. In the first, the children had to think about their performance and if they were giving it 100%.

In the second, they were asked to think of themselves in the third person. Finally, the third group had to imagine that they were a superhero.

The experiment showed that the kids in the third group spent more time working without being distracted. They were able to work without wanting to play with the iPad.

The possible explanation is that when kids pretend to be superheroes, they pretend to have their powers as well.

“The Batman Effect lets kids discover the important skill of perseverance. It’s an amazing strategy, which helps many children get through the most boring tasks.”

Can I use the Batman Effect at home?

Without a doubt, the answer is yes. You can use the Batman Effect to motivate your children to clean their room or finish an activity. In fact, it could be the push they need, and it’s simple to implement.

You should have your child identify one of his favorite characters. Of course, make sure it’s someone who works hard and is a good role model.

From there, whenever you see your child struggle, you can motivate him by telling him to do his job just like his favorite superhero would.

You can even play along and call your child the name of his favorite superhero. This will excite your child and make him feel even more involved.

In fact, your child might be more comfortable playing pretend and work better than usual.

In short, the Batman Effect is one of the most useful methods to motivate kids with attention problems. As you can see, it has lots of great benefits. Surely, it will work very well with your little one.