How important do you consider your child's rest? Learn about the disorders that may result from insufficient sleep. 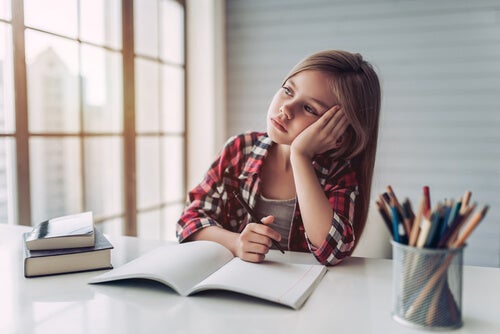 The relationship between lack of sleep and various health disorders is clear. With children, it can also create poor rest habits. Keep reading to learn why children who go to sleep late suffer more disorders.

Routine is an essential part of rest, as it’s proven that children who go to bed late suffer from more disorders. From an early age, they adopt poor sleep habits.

Lack of sleep affects us all, but this stage of life requires a different amount of time to restore energy. It’s not the same for a newborn and an adult.

The difference in amount of sleep required by different age groups is important. As we grow, we go from sleeping between 14-17 hours to just 7-8 hours as an adult. Meanwhile, school-age children need an average of 10-12 hours of sleep.

Naturally, there will be certain times when these needs change. The important thing is to respect sleep habits and amounts as much as possible.

According to a child’s age, the estimated hours of sleep needed are:

Why do children who go to sleep late suffer more disorders?

Many disorders begin with a lack of sleep, or poor sleep habits. When we allow children to go to bed late, we may be increasing the chances of the following conditions:

“The art of relaxing is part of the art of working.”

As long as normal sleep patterns are maintained, a child can occasionally be allowed to stay up late. The point isn’t to establish a strict schedule with no exceptions, but rather to be flexible where appropriate.

Your child should recognize when a situation is an exception, and when they have to stick to the daily schedule. In terms of advice to help you guide them in learning proper rest habits, consider the following.

In conclusion, you need to pay as much attention to your child’s rest routine as you do to their nutrition or studies. In the long run, children who go to sleep late suffer the consequences in terms of mood and performance of daily activities.