How to Help Children With Separated Parents 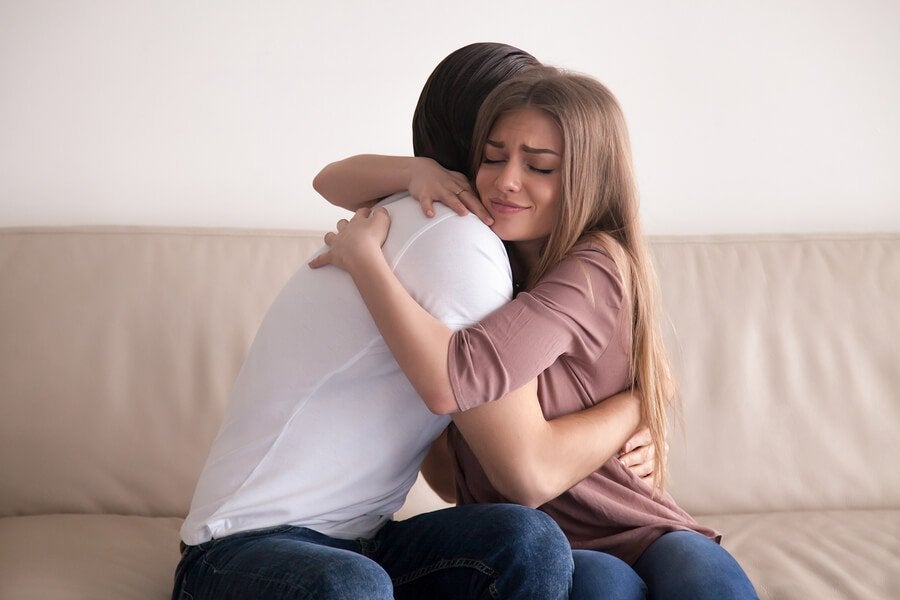 Separations between parents are difficult for all family members. Separations lead to many life changes, especially for children. In adolescence, this situation can be extremely complicated to manage.

Unfortunately, there are couples who must go through the harsh process of separation. Although it may be the best alternative for the well-being of the adults, children often have a hard time during this process. It’s important to know how to help teenagers and children with separated parents.

Children with separated parents are much more common nowadays, whereas they were a minority in past decades, which made it much easier for them to be “pointed out” or recognized for it. Now it can be said that they’re practically a majority.

This difficult time can generate negative consequences in the emotional and even physical stability of young people. At a certain point, this is normal, given that the life they’ve known thus far is being disrupted.

In any case, it isn’t impossible to overcome these negative consequences. With respect, understanding, patience and tact, it will be possible to go through this hard process and come out the other side.

Consequences of divorce in children

During adolescence, as well as in childhood, parents are central figures that guide the growth of their children. The rupture of their relationship can mean a loss for children, which reverberates in their mental processes typical of this stage. Some possible consequences are:

3 tips for working with children with separated parents

There are certain unwelcome behaviors that can bother and even annoy teens and children with separated parents. It’s preferable to be cautious and avoid falling into these mistakes.

It’s also good for the parents themselves, as well as other adults close to the young people, to ensure that they assimilate the changes well. So, it’s good to follow the following recommendations:

Having someone with whom to vent is essential for anyone who is going through a bad time. Of course, children with separated parents are no exception.

It’s important to be open and understanding in the face of their rants. Likewise, don’t pressure them to tell you things they don’t want to tell you yet.

Things must flow. When they feel it’s necessary and believe it’s time to let out an emotion or a thought, they’ll do it with whom they feel comfortable.

2. Give them freedom to adjust to changes

On many occasions, there is a kind of struggle between the parents about who gets to stay with the children. Again, this is a serious mistake.

Beyond the logical modifications that adults should undertake to rebuild their lives, children must also modify their lives to adapt to new circumstances. Of course, an environment of conflict and tension won’t help in this process.

Therefore, it’s essential to give them the option so they can make a choice. In principle, they may decide to spend more time at their usual home with the parent who stays there.

This is perfectly natural and must be accepted. In no way will it imply contempt or anger towards the parent who left the house.

3. Don’t involve them in the conflict

Although children may be the point of contact for the now separated couple, this doesn’t mean they should “break” the conflicts that arise between the parents. Nothing could be further from the truth.

On the contrary, adolescents shouldn’t participate in any way in their parents’ discussions, unless it’s their choice and for positive purposes, such as offering a collaboration.

Likewise, no offensive comments should be made toward your ex-partner in the presence of children. Nor is it permissible to use them to obtain information about their life, even when there is a good relationship between the parents.

Everyone needs help and company at some stage of life. The divorce of parents, especially during the crucial stage of adolescence, is one of them. Even the professional help of a psychologist may be advisable (and even necessary). It’s a possibility that should remain available to the young person.

It’s necessary to act with a lot of affection and protection in the case of children with separated parents, since it isn’t an easy situation for them to process on an emotional level and it affects their sense of safety and self-confidence.