The "First Adolescence" in 6-Year-Old Children

The crisis of the “first adolescence” arises around the age of 6. It's characterized by changes in the child's behavior that can make us concerned. Would you like to know more? Read on. 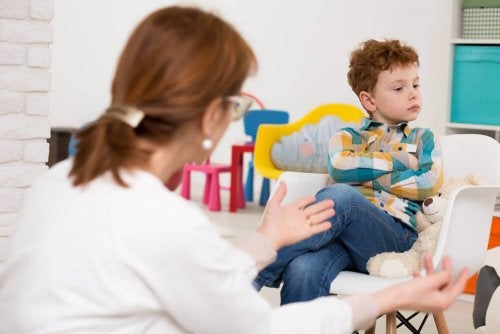 We all know that many children in their teens have a crisis (or many of them), which we can observe by the changes in their behavior. But it has also been proven that, in many cases, 6-year-olds suffer from the so-called “first adolescence.”

How can we detect a crisis like this? In children of around 6 years of age, it’s common to see changes in behavior. Arguments can arise at home and this can repeat itself day after day. Faced with a situation like this, it’s important for parents to bear three basic ideas in mind: be patient, be loving and be firm.

Behavior changes: the crisis of the “first adolescence”

As parents, when we start to observe these behavioral changes in our 6-year-old child, we tend to react with uncertainty. We don’t understand how such a young child already has these behavioral problems. This causes us frustration and tension because our children aren’t behaving as they should.

If you notice that your 6-year-old is starting to behave like a little teenager, then, first of all, don’t worry. Many professionals refer to this crisis as “the first adolescence.”

These crises are normal and need to happen in order for them to change and develop. At this age, a child is ready to start forming his or own identity and personality, which is why this crisis takes place.

How the first adolescence manifests itself

They don’t accept authority, when they previously did

During this stage, the child may question and oppose everything their parents say to them.

The child starts to behave impulsively and doesn’t take into account the consequences of their actions. They do whatever they feel like doing, and whenever they want to do it – they don’t think about anyone or anything else.

They’re crying one minute, and then they start laughing. They go from one state to another very easily. They’re more emotionally sensitive and can sometimes react disproportionately.

They can show these attitudes in an attempt to impose their will and do what they want.

If they have to choose something or make some sort of decision, they can’t seem to cope and don’t know what to do.

They become very active and dynamic children, with great curiosity and interest in everything around them, always wanting to discover new activities.

This stage is very difficult for children. They feel helpless, vulnerable and uneasy, as they have to cope with the formation of their new identity and, because of that, take on a different role from the one they had until then.

For this reason, it’s important that they feel understood, and that we provide them with security, trust and affection during this “first adolescence.”

Although it’s common for this crisis to occur at the age of 6, it doesn’t have to occur in every child. Even if it does, it may not occur with the same intensity. So, we mustn’t forget that each child is different, and they all have characteristics that make them unique.

To conclude, here are some reasons why the so-called first adolescence may appear, or may be stronger than in other children:

During this period, it’s sometimes difficult to remain calm and deal with the situation quietly, especially when they become unbearable. However, if we resort to shouting at our children, this will only create and worsen the tension and will, ultimately, get us nowhere.

The main thing here is to be patient and, if they become overly defiant, then make sure they know what the rules are, and to be clear that you expect them to obey them. It’s best to ignore them until they get over it.

This period can be challenging for parents, but with love, affection and patience, in the end, everything will pass and we’ll be able to avoid arguments and a bad atmosphere at home.