Home » Children » What should you know? » Childhood behavior » How to Prevent Behavioral Problems

How to Prevent Behavioral Problems

Defining the rules, listening to your child, and focusing on the positive things are some guidelines that will help you prevent behavioral problems. 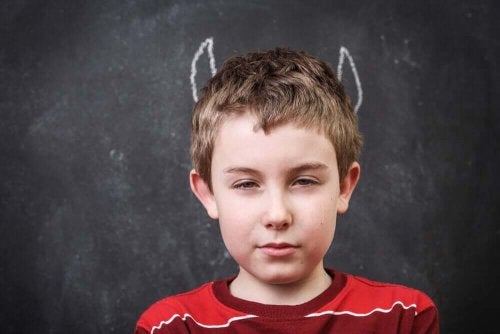 Children are sweet and innocent beings who awaken our tenderness. However, we mustn’t forget that they’re in the process of discovering the world and themselves. As a result, sometimes they get overwhelmed, lose their focus, or don’t act in the best possible way. To accompany them in this process, we’re going to show you some guidelines to prevent behavioral problems.

What are behavioral problems?

Even the best-behaved child has times when he or she argues, or is aggressive or defiant. This is perfectly normal and healthy. They’re learning to cope with the world and with their own emotions.

Some of the most common behavioral problems we can find in children are:

All these behaviors and attitudes are normal at certain points in their growth. Only if they persist over time, are severe, or aren’t in line with the child’s stage of development, may they be considered a behavioral disorder. In this case, the most prudent thing would be to seek professional help to receive the appropriate treatment.

However, quite often, disruptive behavior is occasional, temporary, and motivated by understandable and easily solvable causes. What you need to do is to stop for a moment and think before cataloging their behavior as a behavioral problem.

Sometimes, aspects as simple as being tired or hungry can be the cause. Over-stimulation or under-stimulation can also lead to the child acting badly, since he or she still doesn’t have the resources to regulate their emotions. Or, perhaps, it may be that we simply haven’t clearly explained to the child what the appropriate and expected behavior would be for that situation.

In any case, we must never forget that children are energetic, curious, and active, and we can’t ask them or expect them to act like miniature adults.

By following some general guidelines right from the start, it’s possible to prevent behavioral problems in our children.

It’s very important to communicate to the child each situation they’ll find themselves in, and what behavior you expect from them in every given situation.

You should also explain the consequences of good and bad behavior, focusing on natural consequences rather than imposed punishments. In other words, if they go to a hospital, then explain that if they scream, then they may wake up a sick person who needs to rest. This is a good option instead of resorting to punishments.

Always treat them with respect to prevent behavioral problems

One mistake many parents make is to believe that their children are their possessions. Never forget that your little one is a human being and deserves to be treated with respect and dignity. So, don’t yell at them, insult them or humiliate them. Instead, talk to them in a calm tone, listen to their reasoning, and talk to them patiently.

Many times, and often without even realizing it, we pay more attention to what our children are doing wrong than to what they’re doing right. We continually mention all their mistakes and don’t pay them any attention when they’re calm and collected. Always try to highlight their virtues and achievements, and reward them with your attention whenever they’re behaving well and acting in the right way.

If you become exasperated about your child’s behavior, raise your voice, or lose control, you won’t gain any benefit and the bond with your child may even be damaged. Use a firm but calm tone when addressing your child and, in doing so, be a role model yourself.

We often have a tendency to get caught up in talking about why we don’t like, or are angry about, what our little one has done. This usually leads to a fruitless argument.

Instead, limit yourself to applying the consequences previously agreed upon with the child, without getting angry or recriminating him or her. In short, act with love.

Try not to focus only on achieving the final desired behavior, and value every small step the child takes in the right direction. Even an effort on their part, even if it hasn’t achieved what was expected, should be reinforced and taken into consideration. 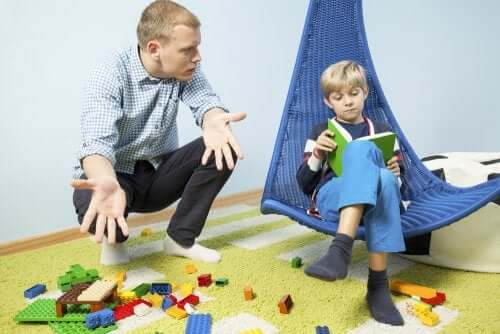 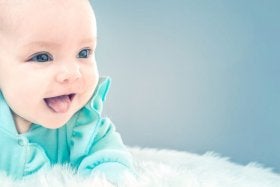 Childhood behavior
Why Do Children Imitate What They See?

Children have the great ability to imitate what they see. Within hours of birth, babies begin to imitate the adults around them. For example, if their mother sticks out her tongue, the newborn imitates her with remarkable success by copying… 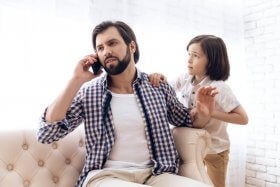 It’s normal for young children to be very demanding and persistent. However, when raising high demand children, it can feel like they never seem to be satisfied no matter what you do, and they continually demand your attention, without ever… 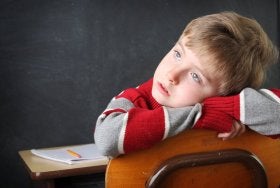 Childhood behavior
Negative Consequences of the Pygmalion Effect on Children

The Pygmalion effect is well-known in the world of social sciences. It’s a theory that states that expectations can influence… 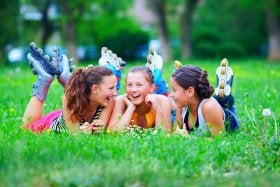 Childhood behavior
How to Help Your Child Be Sociable

Sociability is innate and necessary for human beings. In all its facets, life is linked with social interaction with others. Social skills are a precious resource to make sure humans develop properly and have happy lives. Therefore, if you want… 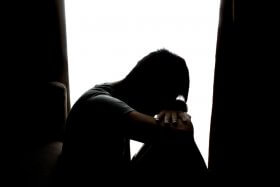 Children, like all other humans beings, may feel sad, irritable, or listless at times. Their temperament and personality will also…