Home » Children » Children's growth » When Will My Baby Become a Child?

When Will My Baby Become a Child?

With the change from baby to child, your little one will experience a number of physical and behavioral changes. In this new stage of their lives, they'll achieve many things that will delight you.

Like every good mother, you’re interested in every stage of your child’s life. That’s why you’ll probably ask the question: when will my baby become a child? Here are some of the changes that babies experience in this transition and the factors that determine that they’ve finally become children.

You should note that these changes from baby to child don’t happen overnight. In reality, it’s a process that’s related more to development and learning than to a child’s age.

The process of changing from baby to child

Usually, after children’s first birthday, they’ll begin to perform certain activities on their own. This will show that they’re no longer a totally dependent baby, but that they’re now a toddler with a certain degree of autonomy.

Although, of course, they still remain largely dependent on their parents. We’ll now look at some of the factors in more detail.

Achievements that determine the passage from baby to child

From the day they’re born, your baby will start to learn different skills. They’ll see shadows and reflections and will recognize your face and voice. They’ll start to babble and emit sounds, and will eventually say “mom” or “dad” and other familiar words.

In addition to that, they’ll smile when they’re happy, show anger, learn to say “yes” when they want something and “no” when they don’t.

More evidence of their progress during this process is that they’ll start to imitate people around them and become more sociable. They’ll even be able to ask you to play by showing you a toy. Eventually, they’ll start crawling, sitting and standing up.

Many babies start taking their first steps shortly before they’re 12 months old. When they start to walk and become more independent then we can say they’re no longer a baby, and now a child – although toddler may be a more accurate term.

Another change that determines the passage from baby to child is when they stop using diapers. To do this, you must carry out certain steps when the baby turns 12 months, as this is very much a progressive learning curve.

Remember that the child must acquire physical skills such as walking without any help, coordinating hand movements, putting on and taking off clothes. In addition, the child must be able to obey instructions. All these skills show an important development in the child’s life, as she starts to gain autonomy and reinforce her self-esteem.

There is a period when your child says no to pretty much everything. “I don’t want to!” becomes their favorite phrase when adults ask them to do things. They become obstinate and stubborn.

That’s why this stage is sometimes called the mini adolescence of childhood. During this time, the little ones strengthen their identity. They develop their self-awareness and their awareness of those around them.

This stage often takes place a little before their second birthday, but in some children it can be nearer to their third birthday. You’ll need a lot of patience. This transition is a necessary one and they need to express their independence in some way. This will complete the transition from baby to child.

Routine changes in the transition from baby to child

The transition process results in changes in the daily routine you had when your baby was very young. For example, appointments with the pediatrician will go from monthly to quarterly.

You’ll have to wean them off their bottle, because at this stage they should be consuming solid food, which is the basis of good nutrition for a toddler.

It’s very important for children to master individual skills at each stage of their development. This guarantees that they’ll successfully start each successive stage, progressively, until they reach adulthood.

It’s important that you realize that each child will learn at his or her own pace, and you should never compare them with other children of the same age and sex.

In conclusion, the combination of all these skills, as well as the knowledge that your children acquire as they complete each stage of growth, will show exactly when your baby becomes a child. 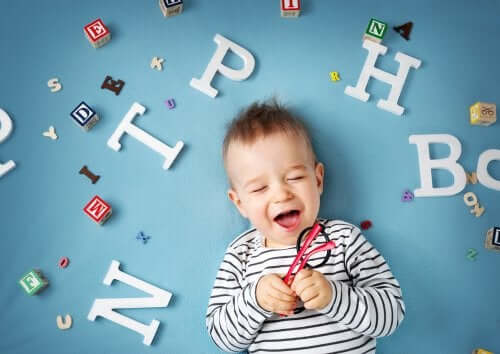 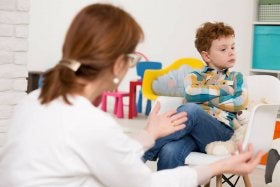 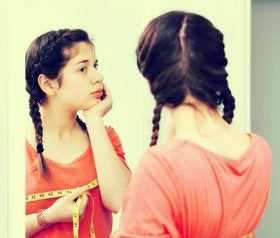 The physical changes that take place during puberty are different for boys and girls. At the same time, they can vary profoundly even among members of the same sex. What’s more, puberty can also have a direct impact on a… 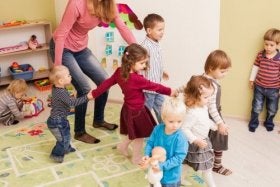 Covering basic needs in a child’s education is absolutely essential for their proper development. Basic educational needs, as the name… 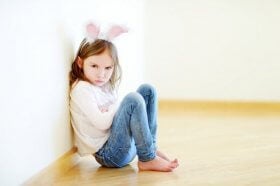 During the 7-year-old crisis, it’s very common for children to rebel against all authority. At the same time, their mood… 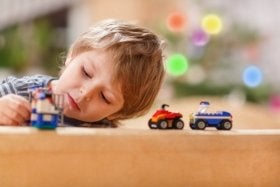 It’s not uncommon for new mothers and fathers to ask themselves when their baby will start crawling, walking, talking, etc.… 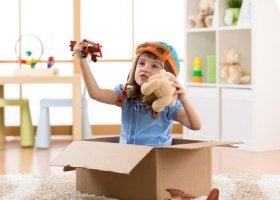 2 to 3 Years
The Importance of Symbolic Function in Children

Developing symbolic function is very important for young children, as it enhances their emotional and cognitive development. The ability to…