Children's Movies that Are Based on Books

If you're looking for some great children's movies that are based on books, this article has plenty of great selections. 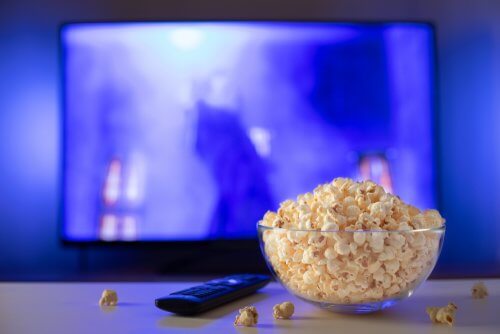 While the idea of waiting for the movie version of a book is quite common, children’s movies can often help encourage a little one’s love of reading.

As a parent, you can create challenges and games based on spotting the differences between the movie and the book. This way, you’ll encourage your children to read in a fun and simple way. To this end, we’ve prepared a list of children’s movies based on books.

Children’s movies based on books

Written by Lewis Carroll, Alice in Wonderland is a classic of children’s literature that has spawned several film adaptations. You can opt for the classic animated Disney version, or one of the other versions of this timeless treasure.

Although less well-known than Lewis Carroll, Pamela Lydon Travers is the author of Mary Poppins, another classic adapted by Disney, which in 2018 produced a sequel that delighted families around the world.

Using this book as a starting point, you can encourage your children to describe and draw this fun and fantastic nanny, and then see how the movie version compares to what they had imagined.

3. Where the Wild Things Are

One of the best-known illustrated stories in children’s literature is Maurice Sendak’s masterpiece, which helps kids discover the world of imagination. Comparing the differences between the illustrations and the film’s images is a great way to introduce kids to this wonderful book.

One of the most popular movies based on a children’s book is Matilda. Who could forget the little protagonist with her trademark bangs and ever-present books? Or Bruce being forced to eat an entire chocolate cake by the evil headmistress Trunchbull?

Having read the original book, the details of each character will help children identify them as soon as the movie begins.

The films of the Harry Potter saga are perhaps the best-known adaptations of children’s stories ever made.

Due to the prodigious length of the books and the painstaking detail that author JK Rowling invests in her characters (many of whom don’t make it into the movies), it’s a good idea to read the books before watching the movies.

More children’s movies based on books

6. Charlie and the Chocolate Factory

Roald Dahl is one of the best-known children’s authors of all time. Several of his works have been adapted to the big screen.

Children can have fun imagining and drawing Willy Wonka’s Chocolate Factory as they read the book, and then delight at the sight of the Oompa Loompas and other characters onscreen.

Another Disney movie based on a book comes from this classic by Rudyard Kipling. He created a work in which a child was cared for by animals, which is sure to spark your little one’s imagination.

Reading the book first will allow your children to invent their own mental images of great characters like Mowgli, Baloo, and Bagheera.

The oldest children’s film based on a book is The Wizard of Oz. The book dates back to 1900, but it took nearly 40 years for the film adaptation to get made. It ended up becoming one of the most popular musicals in movie history.

7 Disney Movies to See in 2019
From feline kings to ice yielding queens... From defenders of the earth to defenders of the galaxy, 2019 is packed with Disney movies for every crowd. Read more »
Link copied!
Interesting Articles
Childhood behavior
Helping Children Manage Disappointment