Echolalia: What It Is, And What To Do About It 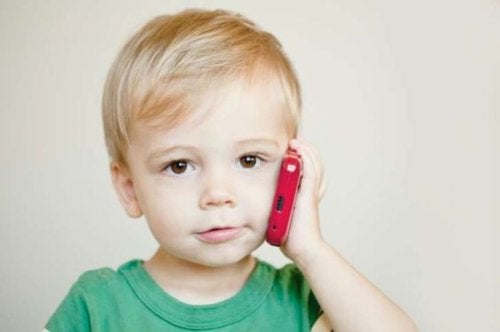 Have you ever heard of echolalia? It is a language disorder that little is known about. A child with this disorder tends to involuntarily repeat a word or phrase uttered by a third party.

This child speech disorder manifests as echoing and is characterized by compulsive and semiautomatic repetition. These children also usually imitate the original intonation of the speaker. Now that you know what it is, there’s the question of what we can do about it. Keep reading to find out!

There are several types of echolalia. You can distinguish between the different classifications by considering different aspects of each one.

For example, specialists can distinguish the different typologies of this language disorder by taking note of the time that passes in between the original utterance and the repeated form, as well as its communicative function.

Classification Based On The Time It Takes To Produce The Echo

According To Communicative Function

How is Echolalia Treated?

Well, the complexity of this type of childhood disorder lies in its treatment. It all comes down to the type of pathology being treated. It’s fundamental to establish the permanent classification in order to determine the proper intervention.

The idea of this intervention consists of tapping into the delayed echo, as long as it has some communicative function. The ultimate goal is to provide verbal models that help the child to fulfil their wishes.

Of course, the alternative offered to the child should be adjusted to their level of development. Similarly, the alternative to echoing should increase the accuracy of the communication or information. The idea is then to make the most of every unit of speech.

This process entails ongoing work with a lot of patience. At each stage, the utterances reach a higher level of complexity. Once the child successfully produces a determined phrase, an action is empowered which functions as a way to respond to their correctly formulated phrase.

In this type of process, the therapist will attempt to subject the echolalia to a series of discriminative stimuli. The idea is for the child to understand, detect, and determine in what settings it is appropriate to produce this involuntary output.

In order for this to happen, it is crucial for the child to learn to distinguish what is useful to repeat from what doesn’t make any sense. This is how the child is taught to repeat what they hear only when it is expressly requested. In this case, specialists can rely on different professional methods.

Here we are faced with a conflict. Since this disorder isn’t functional, it indicates some impairment to linguistic development, and so this becomes a major barrier to communication for the individual affected by it.

Because of this, the specialist will try to completely eradicate childhood echolalia. In order to accomplish this, one of the most effective strategies involves explaining to the child that these repetitions are not useful in specific contexts.

Meanwhile, in this type of pathology, a series of behavioral techniques may be used, often simultaneously. From this perspective, self regulation is introduced, along with reinforcement of conflicting behavior, and time out, among others.