How to Improve the Emotional Intelligence of Adolescents

The emotional intelligence of adolescents is a factor that we need to take into account for their education and development. 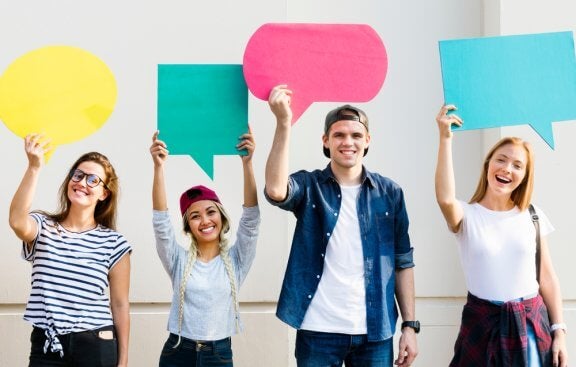 The importance of emotional intelligence of adolescents has long been recognized. Since 1920, certain authors have been pointing to the existence of a wider concept of intelligence… An intelligence that implies the ability to comprehend one’s own feelings and those of others, as well as how to respond to them.

In 1995, after the publication of Daniel Goleman’s book Emotional Intelligence, the term became popular. Since then, it has gained strength within the collective imagination.

This reveals that, despite the fact that our primary emotional impulses guide us, we have the the ability to make a deeper and more precise processing of situations.

We can elaborate and emit more refined and rational responses. It’s this precise ability that constitutes the central nucleus of emotional intelligence.

While emotional “outbursts” are socially acceptable in babies and small children, as we grow older, expectations regarding our self-control increase. In other words, managing our internal states is an ability that is susceptible to learning and training.

Adolescence is a critical stage in our lives that presents enormous challenges for our personal development. During this time period, we begin to demand and construct our independence. At the same time, our peer group takes the place of our parents as a reference point.

On top of this complex process of change is the emotional whirlwind we experience on a subjective level. We encounter a roller coaster of intense and unfamiliar emotions that we often don’t know how to face. This can make it difficult for teens to go through this vital period.

How can teens develop emotional intelligence?

If we want to help our teens develop this valuable ability, we should concentrate on four key points:

Self-knowledge: Understanding what I feel

The starting point for healthy emotional management is knowing how to identify and name the emotion that we’re experiencing. Possessing a rich and varied emotional vocabulary allows us to better comprehend the nuances of the concrete feeling we’re facing.

There are a variety of resources available to help carry out the task of emotional intelligence in teens. For example, we can use an emotionary or some other similar tool that helps teens organize their inner world and put it into words.

Empathy: Understanding what others feel

Empathy is an indispensable aspect for individuals to develop. It’s the ability to put yourself in someone else’s shoes and comprehend their feelings or motives. During this step, it’s important to remember Heider’s attribution theory.

According to this theory, when we judge the actions of others, we tend to think they’re caused by their personality. In other words, we don’t take context into account.

We should encourage teens to make a deeper analysis and reflect on the motives of others.

Self-control: Deciding how to act regarding my emotions

It’s important here to stress the word decide. This isn’t about repressing emotions, but rather being able to act rather than react. There’s no such thing as good emotions or bad emotions. Rather, there are emotions that are useful or not useful, depending on their consequences.

Therefore, we can encourage young people to be able to overcome their primary impulses and consider their consequences before acting. This way, we teach them to use their emotional states as guides regarding how to act. Furthermore, they learn to take responsibility for their actions.

Social abilities: Deciding how to act regarding the emotions of others

Lastly, in order to help improve the emotional intelligence of adolescents, we need to encourage their use of assertive communication.

This type of communication allows them to express themselves freely and respectfully. It also enables them to defend their rights without infringing on the rights of others.

Finally, being able to communicate assertively is key in handling emotions and looking for solutions in a peaceful way that benefits both parties.

How to Help Children Channel Their Emotions
Parents can help their children channel their emotions early on, by teaching them to ident, express and manage their emotions in different ways. Read more »
Link copied!
Interesting Articles
Tips for raising your child
Teach Children that Motivation Needs to Be Developed