The Importance of a Paternal Grandmother 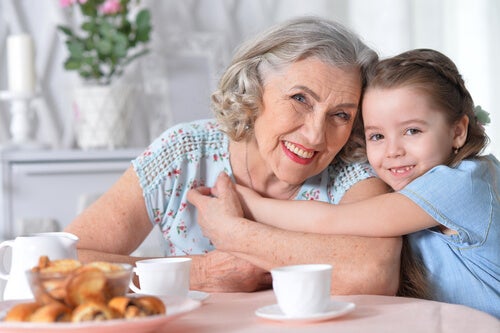 A paternal grandmother is an important figure in a child’s life, providing a unique source of wisdom and guidance.

Many parents turn to grandparents for help raising their children. Long work hours, exhaustion, responsibilities at home or a period of illness are just some of the reasons why grandmothers and grandfathers can lend a hand in raising their grandchildren.

In many families, however, it is the mother’s mother who is the one to fill this important role. So what about the paternal grandmother?

The role of a paternal grandmother in your family

For some reason, the role of the paternal grandmother has become secondary in many families. She is your husband’s mother, and your mother-in-law. However, children often miss out on opportunities to spend time with this grandmother.

This subject has piqued the interest of researchers. Some studies point to a different effect when a paternal grandmother is present in children’s lives, as opposed to their maternal grandmother. More work is needed to prove these hypotheses, however.

But beyond the research, there is no doubt that both maternal and paternal grandmothers have an intense bond with their grandchildren. Remember to keep this in mind when you schedule time with grandparents.

Conflict between maternal and paternal grandmothers

The tendency to leave children in the care of their maternal grandmother can lead to conflict and jealousy from the other side of the family. In some cases, this can even lead to problems in a couple’s relationship.

As a mother, you should be aware of the fact that your relationship with your mother-in-law can affect how your children feel or think about their paternal grandmother.

If you don’t get on too well with her, your children may also reject their father’s mother. Young children may even be afraid of their paternal grandmother.

Maintaining a good relationship with a paternal grandmother

It’s important to approach this matter in a reasonable way. Take the following points into account:

The importance of a paternal grandmother

There’s no reason to leave the paternal grandmother out of your children’s upbringing. The bond that children form with their grandparents can shape their development and the relationships they have with others in the future.

Spending time with this grandmother is also a great way to strengthen the relationship with their father.

Remember that the love of a grandmother towards her grandchildren is very similar to the feelings she has for her son, who is now a father to children of his own.

As a mother, you understand this bond and can contribute to building it in the best way possible.

The bond between a child and their grandmother is not just a natural occurrence. Sometimes you will need to help it develop. Grandmothers are not substitute mothers.

But as long as the parents agree, it’s good for them to spend quality time with their grandchildren. This will help them to build a relationship that goes beyond the genes they share.

Grandmothers, meanwhile, can contribute to building a positive relationship. They should avoid contradicting parents’ decisions, even if they disagree about the right way to raise a child.

Finally, keep in mind that each grandparent is unique and impossible to replace. Parents should make an effort to ensure that children share time with each one of them.