To Those Little Superheroes who Fight Against Childhood Cancer 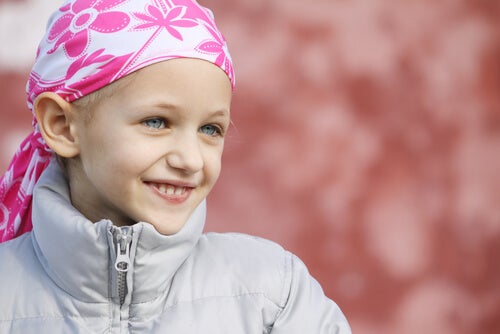 There are tiny superheroes who wear resistance as their cloak, with their strength they fight every day against childhood cancer. Brave and strong children who together with their family lead the battle against this disease.

The superheroes of whom I speak, are small in stature but big of heart and are full of courage and hope. On February 15, International Children’s Cancer Day, our tribute goes to them in the form of words.

I know some of those little superheroes, they are brave children who fight in the battle against childhood cancer, supported by their families and friends. Children who one day found this terrible disease that came without warning and against which they had to build a shield of strength and courage.

The little superheroes are innocent children, unruly, impatient, calm, playful and even daring… They are children after all. Each one with their own personality and characteristics, different and unique, but with a common goal: to win the battle against cancer.

These little superheroes fight to the next dawn every day with a smile despite the storms. When you look at them you can see in their eyes how the color of hope goes farther than their fears, although sometimes their fears surface.

It is in those moments when their parents, their family, and their friends take the brush to paint their gray sky another color, where the storm does not appear. All together they fight.

But there are times when gray is indelible and tiny superheroes have to learn to live with this color. A color that finally dyes them gold to look like the bright stars in the sky that cover us every day, being guides to those other superheroes who have been fighting.

The tiny superheroes are small in stature but huge in heart and courage because they have fought battles against pain, fear and uncertainty.

The smiles of the little superheroes remind us that their struggle is constant and persistent, but also that with our support the difficulties are covered with protective and necessary shields.

They are the shields of love sewn with threads of hugs and unconditional support that act as supporters of their struggle and strength. Thus, if at some point their resilience falters, the child can be nourished by everything their family, friends, professionals, and organizations can provide.

These little superheroes are the main characters in their own stories; however, we must not forget that we can contribute to them in some way. A kiss, a word of support, a smile, a hug, the progress of treatments or investment in new research.

Everything is necessary, from the smallest gesture to the greatest detail and resources. Because the superheroes also need the rest of the people to win the fight.

Our mission: to accompany them, love them and give them the strength to remind them that on many occasions they are stronger than they think. Because being superheroes is not easy, but their struggle is so great that it can not go unnoticed. Its greatness is remarkable because it requires great courage and a lot of it. They are brave, resilient children.

This year many children around the world have wanted to raise their voices as an act of support to all the superheroes who are fighting the battle against childhood cancer thanks to the initiative of the International Confederation of Childhood Cancer with the creation of an elaborated song by Christophe Beck, composer of Frozen, called “We are one” and translated into Spanish as “Somos uno.”

“We are young, we are strong.
And we will sing the song together.
Sing with us
As one we will rise,
We will not stop fighting.
Until the night surrenders to the sun. “

The song “We are one” is a symbol of support from which feelings of love and words of strength are shared. A nice gesture that makes us realize that the fight is not one but all because our shield nourishes the tiny superheroes, gives them strength and new opportunities, thus contributing to fighting a battle that is everyone’s.

To you, to all those little superheroes who get up making every day a one worth fighting for and having your smiles as a shield, even though a gray cloud is overhead.

To you, little superheroes who give us many other life lessons and help us recover the essence of the value of life, for you today are our words full of love, support, and strength.