What's the Difference Between Night Terrors and Nightmares? 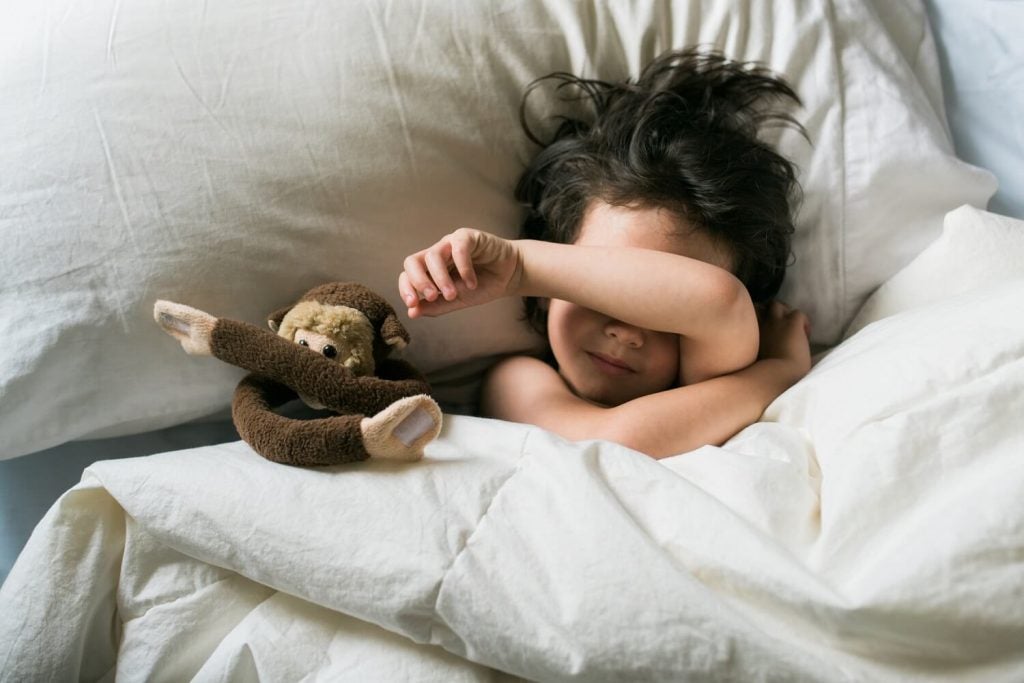 How can you tell the difference between night terrors and nightmares?

Is your child not sleeping well at night and you don’t know what to do? Does he or she wake up screaming or do they sleepwalk as if they were having a nightmare?

During sleep, both adults and children go through different phases and we can both experience night terrors or nightmares. We’ll explain the difference below.

Night terrors are mysterious; they’re inexplicable disorders that can occur when your child is in the deepest phase of their sleep.

It has most likely occurred when your child starts crying after falling asleep or if they get up from their bed looking shocked.

There are even cases where the child has their eyes open and appears to be awake even though they’re actually asleep. (They are unaware of what is going on around them).

Night terrors aren’t very common and they only occur in a small percent of children. It occurs in around 3% to 6% of children all around the world.

Some cases of nightmares may be confused with night terrors. The two are actually very distinct sleeping disorders. Nightmares occur during the rapid eye movement or REM sleep phase, which is when the child is dreaming.

If your child has a nightmare, they’ll most likely remember what they dreamt about and what made them so afraid. This only occurs after the child learns to speak and communicate.

Night terrors on the other hand occur outside the REM sleep phase. A child can experience night terrors when they’re still in the transitional phase of their sleep.

It may last for a couple of seconds or several minutes. Since night terrors occur outside the REM sleep phase, the child may not be aware of what is going on. They’ll wake up feeling scared without remembering what occurred in their dream.

What are the causes and symptoms of night terrors in young children?

Your child’s night terrors may be caused by many different reasons including the following:

Signs that your child is suffering from night terrors

Night terrors are more common in preschoolers. They usually occur during the deepest part of your child’s sleep cycle, usually right after they get to sleep.

You can confirm that your child is suffering from night terrors if you notice any of the following signs:

After your child wakes up from their night terrors they’ll most likely be able to return to sleep peacefully. When they wake up the next morning, they’ll have no recollection of what happened.

If your child experiences a nightmare on the other hand, they’ll have a hard time getting back to sleep due to the fear of the nightmare. When they wake up the next morning they’ll most likely remember the details of their nightmare.

Remove all of the things that are on their bed that could hinder their movements or cause them to get hurt during a night terror episode.