Psychological Abuse in Children and Its Consequences

Psychological abuse in children causes delays in the development of their brain functions, as well as multiple social development problems. Find out in this article why it's so necessary to repair these harmful relationships with little ones. 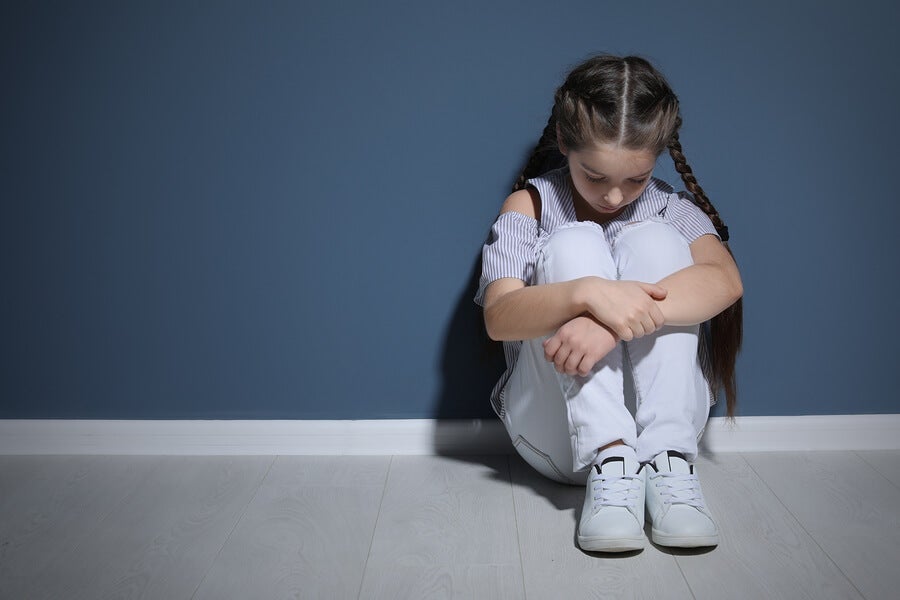 Psychological abuse in children can be generated when parents or caretakers commit actions that cause stress, fear or feelings of abandonment. All this negatively influences their emotional well-being.

Many times, psychological abuse in children produces serious consequences that affect the development of multiple skills. Hence, all countries in the world have laws that focus on the protection of children and try to guarantee their safety and welfare.

As parents, you should always be alert to the signals that children show and what their response to social interaction is, both at school and at home.

It’s essential to prevent any type of psychological abuse that would affect their integral development as an individual.

Psychological Abuse in Children and Its Consequences

Psychological abuse in children is understood as a cruel act done by parents or people close to them. In this way, they awaken feelings of abandonment, fear, shame, discrimination, humiliation and ridicule.

This is made concrete by insults, shouts and mistreatment. It could also be by the omission of good ways to behave towards children.

One of the most devastating aspects of psychological abuse in children is that this type of family violence, in most cases, occurs as the repetition of a pattern from which the parents themselves were victims.

However, psychological abuse in children doesn’t fall entirely in the hands of parents. There are considerable cases of so-called school bullying in ages between 8 and 12 years in which children report receiving harassment from their peers, such as teasing and rejection.

Also, it’s important to note that parents can reeducate themselves to break the chains of abuse and learn the correct ways of educating children.

Therefore, with a correct psychological guide or seeking help in organizations that work with the welfare of family groups, this is possible.

Manifestations of Psychological Abuse in Children

Psychological abuse in children can be visible in multiple ways. Some of the most obvious manifestations are:

“Psychological abuse generates serious consequences. Most of them affect the development of multiple skills in children.”

There are very simple actions that can serve to reduce psychological abuse in children. They also reinforce their emotional state and self-esteem. The first tips are directed towards self-evaluation of the ways we communicate with children.

It’s important to consider our level of patience when it comes to educating them and how the feedback is in communication.

It should be based on the principle that anything we don’t like, such as shouting or scorn, we shouldn’t do to children.

In addition to this, it’s important that we strengthen love, understanding and solidarity in children from an early age.

Using emotional praise and expressions of constant support and encouraging values, you can help them build a solid base to reinforce their self-esteem. Then, all this will extend to others.