Raising the Second Child: Is It the Same as the First?

Raising the second child is definitely different from raising the first. Previous experience with the first allows parents to avoid certain mistakes and make more assertive decisions with their children. 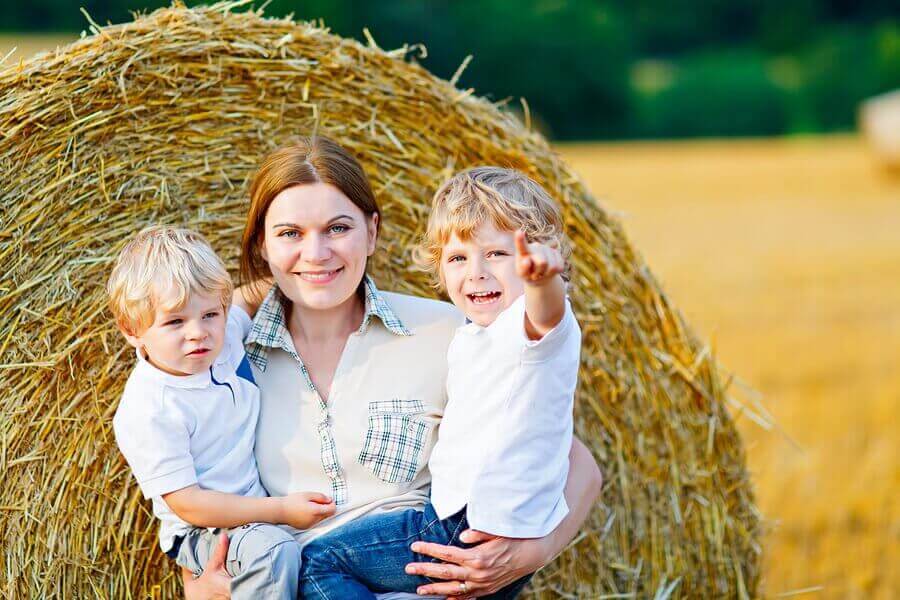 Raising the second child is usually different from raising the first in many aspects. Undoubtedly, the experience with the first child will give parents prior knowledge and better judgement based on trial and error.

Parents can then use those experiences to eliminate, improve, and apply what they consider pillars of a good upbringing with their second child.

Raising children involves providing them with support and guidance so they can develop emotionally, socially and intellectually. Their upbringing should prepare them to become productive members who can adapt within society.

However, to achieve this goal, parents must apply a parenting model that fits their children’s particular needs. The presence of older siblings must be taken into account.

If you’re preparing for the arrival of your second child or thinking about the best way to raise him or her compared to the older sibling, the following considerations will be very useful to you.

What does it mean to raise a child?

To raise children, parents often choose different methods. In most cases, they’re influenced by the upbringing they personally experienced as children in their own homes.

Basically, there are three types of parenting models that contain the most common standards: authoritarian parenting, democratic parenting, and indulgent parenting.

Authoritarian parenting means that parents impose norms and the way that children should behave. Children must obey without any reproach.

To achieve this goal, parents present themselves as authority figures and resort to using punishment to teach children the consequences of bad behavior or disobedience from deprivation.

Democratic parenting focuses on educating children using constant communication between the children and their parents. Parents don’t usually impose punishments. Instead, parents hope that their children understand, within their means, the differences between good and bad behavior.

Indulgent parenting occurs when one or both parents are often absent in their children’s lives. These parents tend to give their children more freedom and allow them to make certain decisions in the way they behave.

In many cases, children of indulgent parents tend to be capricious or disobedient when it comes to rules.

“Raising children implies guiding them so that they can develop emotionally, socially and intellectually.”

What kind of parenting method should I choose?

Your choice in which parenting method to use will depend exclusively on your child’s personality and his or her level of understanding. It will also adjust to specific moments and needs.

It’s easier for parents to raise their second child because they’ll have a wealth of experiences as a result of raising their first child.

The answer is no, it’s not the same, although parents apply the same method of parenting. Basically, the rules are debugged and so are the approaches to teaching the children, thanks to trial and error.

Also, the anxiety of first-time parents slowly fades away. They allow themselves to be more permissive and lower their guard. It’s then possible to identify the two most notorious types of changes in the upbringing of the second child.

The most distinctive aspect in raising the second child with respect to the first is the flexibility of the rules. This can be seen in everyday situations.

With the first child, parents tend to impose stricter rules. For example, he or she must be better behaved at the table and dressed in perfectly clean and groomed clothes. Parents tend to lower their guard and begin to focus more on health and safety with the second child.

The second most noticeable change of raising the second child is that parents begin delegating responsibility for parenting tasks, which is necessary.

To adequately tend to each child in the home, parents must take on roles among themselves. This guarantees equal care between the two children. This is even more imperative if the children have a small age difference between them.

In conclusion, the type of parenting between one child and another will vary and adjust to their personalities. Teach and raise them with love, which is the most effective way of handling any situation.

7 Frequent Mistakes When Raising Children
Am I too strict, too authoritarian or too soft? Should I have punished my child? To be a good parent, avoid these frequent mistakes when raising children. Read more »
Link copied!
Interesting Articles
Tips for raising your child
The Role of Parents in Child Psychotherapy