A broken heart doesn't heal easy, and it's even harder if it's the first love. Provide support for your teen during this difficult moment. Listening and understanding are key when it comes to your teenager's first breakup. 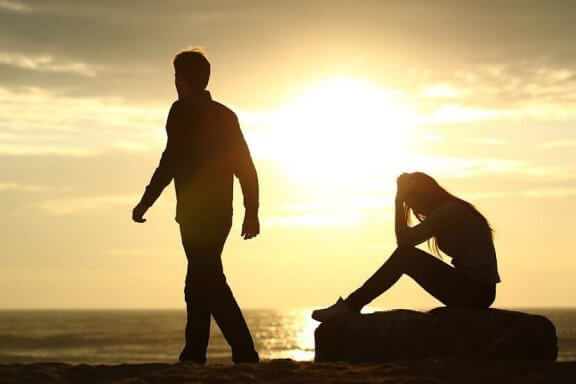 In this article, we’ll give you some tips to serve as a guide when dealing with your teenager’s first breakup.

Breakups are often deeply painful. In the case of adolescents, it’s important that parents are supportive so that they can cope with the situation.

A teenager’s first breakup can feel like the end of the world. The pain you felt when you lost your first love, fell out of love or were rejected, no doubt created feelings of restlessness, irritability, deep sadness and apathy.

When you’re a teenager, stability and emotional maturity are still developing. Therefore, dealing with daily responsibilities combined with this pain can influence every area of teens’ lives: academic, social and family.

The recovery process of a broken heart isn’t easy and will take quite some time. However, if you extend your hand to teens and become their counselor – guiding without overwhelming – you’ll help them gain strength and confidence.

In addition, you’ll strengthen the bond between you two.

How can I help with my teenager’s first breakup?

Seeing your depressed and apathetic teen after a breakup can be quite worrying. Additionally, this lovesickness can last for weeks or months after a teenager’s first breakup. However, it all depends on your child’s level of emotional maturity.

Of course, your child needs to be the one to voluntarily tell you the story of his or her failed relationship.

You shouldn’t press teens to talk about it if they don’t want to. Also, don’t ask too many questions. Let them vent and, of course, avoid judging them, their behavior or their partner.

Before counseling, you first need to ask permission before giving your opinion. In doing so, be as kind and careful as possible so that your words serve as a guide and don’t look like an attack.

Another important tip is to keep your child distracted. If possible, take him on vacation or organize an activity. That way, you can keep his mind distracted to help deal with his routine and sad thoughts.

3. Encourage them to play sports

When exercising, endorphins are released that provide immediate well-being to the body. In addition, they help to reduce stress levels. This way, your child will be able to “burn” his frustrations. Little by little, he’ll be able to handle his breakup better.

4. Try to go out with friends

It’s common for teens to isolate themselves after a breakup. If that’s the case with your child, encourage him or her to go out with friends and use those moments to escape. It’s clear that the power of friendship in adolescence is the best support in difficult situations.

Many people stigmatize visits to psychologists because they’re considered extreme or not necessary.

However, in the case of emotional maturity and interpersonal relationships, adults often hold onto the bad experiences of their adolescence that they didn’t properly heal from. Later, many adults develop bad behaviors that don’t allow them to learn how to love another person.

That’s why it’s important that you don’t rule out psychological therapy for teens. Without a doubt, it can help them overcome the emotional discomfort more quickly and effectively.

In addition, it will provide them with the tools to deal with breakups in the future. Not only will they be able to handle them more effectively, but also the meaning of loss in all aspects of life.

Your Teenager’s First Love: Tips on How to Respond
A first love during the teenage years can bring strong emotions of jealousy, fear and heartbreak, among other complex feelings. Read more »
Link copied!
Interesting Articles
Childhood behavior
How to Handle Impertinent Children