When Can Children Start Going Out Alone?

When children want to start going out alone for the first time, their parents may now know if the time is right. Here's advice on how to tell if your child is ready or not! 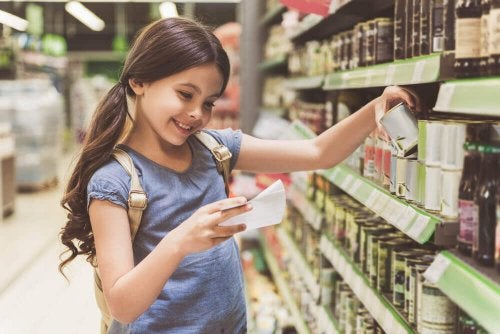 It isn’t easy for parents to see their children growing up and distancing themselves from them. Finding a balance between providing space and overprotection can be quite a challenge. When children want to start going out alone, fears and insecurity arise in their parents whether the time is right.

There’s no precise age at which children can start going out alone. This will depend on many internal and external factors. However, one of the most determining elements regarding whether the time has come is the child’s degree of autonomy.

As a parent, thinking about letting go of the reins and gradually allowing your children small periods of freedom can scare you. Despite this, it’s your duty and responsibility to raise capable and independent children.

Autonomy isn’t something that children acquire automatically when they reach a certain age. Instead, it’s a skill that develops progressively from the first years of life.

It’s important for you to assign small chores and responsibilities to your children. Getting children used to setting the table, cleaning their room, or preparing their school backpack will help them build self-confidence and have a sense of personal worth.

A child who’s been entrusted with responsibilities since they were very young will have developed the ability to reason and solve problems. They’ll be more prepared to face the world on their own than a child who’s always been overprotected.

In addition to autonomy, other factors also influence the decision of when to allow children to start going out alone.

Guidelines to help your child start going out alone

At What Age Can a Child Stay Home Alone?
Giving your child the autonomy to stay home alone could mean a fair amount of anxiety for you. There will always be risks, but there are things you can do to minimize them. Read more »
Link copied!
Interesting Articles
Tips for raising your child
How to Promote Self-Motivation in Your Children

Interesting Articles
Raising a child
The Importance of Practice in Education

Raising a child
Research Projects as a Learning Tool

Today, teachers need to move away from traditional teaching methods. In doing so, they must also educate themselves in order…

Children's stories
The Representation of Maternity in Children's Literature