Sometimes, our children get out of control and we feel completely overwhelmed. But before you react, consider the 5 consequences of humiliating children that we'll look at in this article. 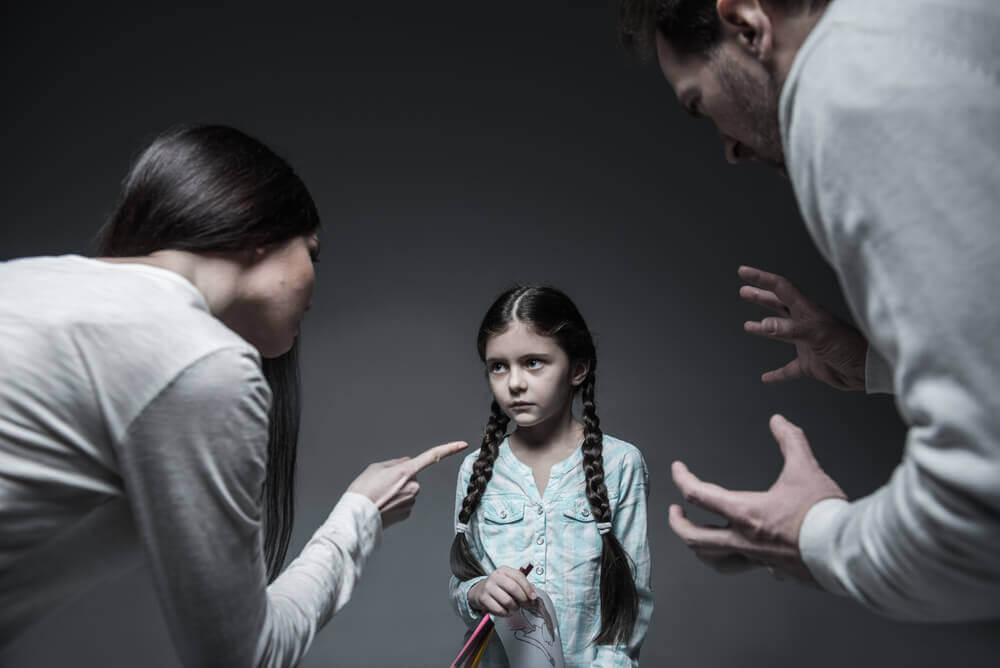 Children don’t come with an instruction manual, and there are certain situations that make parents feel overwhelmed. We all do what we consider best for our children, but it’s important that we take a minute to think about the consequences of our actions. Humiliating children is never the right answer.

The harmful effects of humiliating children

Humiliating children consists of belittling them, denying their dignity as human beings. This is a point that we should never forget: Our children are people. Even though they depend on us in many aspects, they’re not objects that we own. Therefore, we have no right to dishonor them or treat them without respect.

There are still many families today that resort to power and authority when it comes to raising their kids. Without a doubt, these adults receive the same type of upbringing from their own parents. They probably believe it’s important to discipline children and that this requires being firm, strict, and imposing a hierarchy.

When things get to be too much, parents may have a hard time controlling their impulses and end up humiliating their children, even though they know it’s wrong.

We need to keep in mind that these actions do nothing to educate our children. Rather, they’re simply a way that parents vent their lack of control over their emotions. Spankings and insults don’t teach children why what they’re doing is wrong. Nor do they teach them how to do things better. These kinds of punishments only produce feelings of helplessness and a lack of self-worth.

Put yourself in their shoes

The most effective way to comprehend the effects of humiliating children is to put ourselves in their shoes. Imagine if you spilled something in your house and your partner started screaming at you and belittling you… telling you how clumsy you are and that you can’t do anything right.

How would you feel? Imagine if you arrived late to work and, to teach you a lesson, your boss hit you? Would that be acceptable? Would you take away anything positive?

If we all understand that this is inadmissible among adults, then why do we think it’s a viable option for children? They feel the same shame, anger, and fear that we do. And they also find this lack of coherence confusing. They ask themselves why it’s okay for adults to scream, hit, and insult but it’s not okay for kids?

The consequences of humiliating children

Respect is the key

In conclusion, to raise healthy and happy children, we need to be respectful of them. Parents need to establish and uphold clear rules and values, of course. But if children disobey, we need to correct them calmly and lovingly.

Above all else, emphasize understanding why children behave the way they do and what they’re trying to tell you. Patiently and kindly explain why certain behavior is unacceptable and how you want them to behave. Focus on the positive and convince your children that they’re good, valuable, and capable. Engrave these ideas on their mind so clearly that they’ll never believe otherwise.

Children’s Rights According to UNICEF
The member countries in UNICEF pledged to do everything in their power to protect and care for children. That is, to stipulate children's rights.  Read more »
Link copied!
Interesting Articles
Tips for raising your child
Give Children Options: Don't Tell Them What to Do