Benefits of Napping for Babies and Children 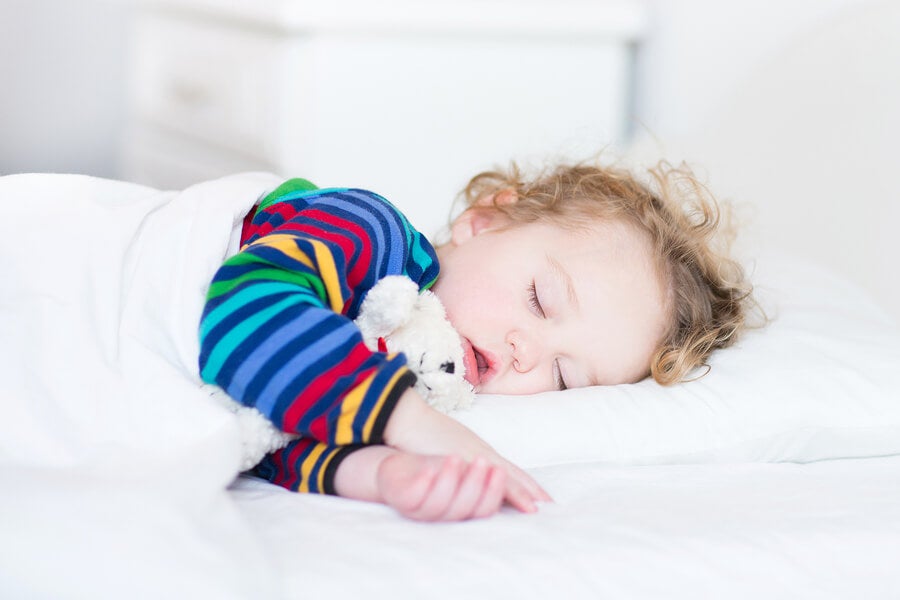 Children usually nap until they’re four or five years old. The frequency and duration will depend on each child. The important thing is to know that the benefits of napping go far beyond a simple rest for the body.

Sleep is important for children’s health. It’s a fundamental factor in the physical, intellectual and emotional development of human beings.

During the hours that children sleep, not only do their bodies rest, but their brains carry out very valuable neuropsychological processes.

Given the benefits of napping for babies and children, these periods of daytime sleep should be considered very helpful. Allowing children to get enough sleep and rest will favor overall health and development.

What Are the Benefits of Napping for Children?

It’s common for parents to notice that their children are in a better mood throughout the rest of the day if they take a nap. The contrast is especially noticeable on days when they don’t take a nap. In those cases it’s common to hear parents say: “They’re irritable because they didn’t take a nap.”

What are the benefits of napping for babies and children?

Influence of Napping on the Child’s Life

“During the hours that children sleep, not only do their bodies rest, but their brains carry out very valuable neuropsychological processes.”

Duration of Naps for Children

As they grow, children need less sleep. Until four or five years old, these hours are distributed between their night sleep and nap time. Later, the daytime rest usually disappears.

These data are estimates. Each child will have his or her own rhythm of nocturnal sleep and naps. The important thing is to allow for and encourage those moments of rest.

Eliminating naps for the convenience of parents or for work reasons is not a good idea. This habit can harm the child’s normal development, so it’s best to promote nap time.