How Does Second-hand Smoke Affect Children? 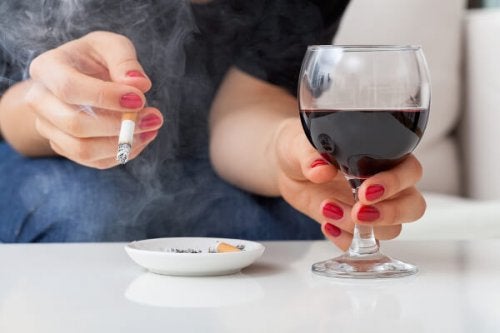 A few decades ago smoking was allowed just about everywhere. Cigarettes were even seen as socially acceptable. Yet the effects of second-hand smoke were still unknown.

Tolerance towards cigarettes was justified by the lack of information on its harmful health effects. Over the years, advances in scientific research have shown that tobacco use produces irreversible damage to the body.

Among the most common and least severe diseases include halitosis, also known as bad breath, increase in chances of tooth decay and deterioration of facial skin.

The consequences of cigarette smoke led to the creation of smoke-free laws in major cities around the world. They began educational campaigns with posters, billboards and even on cigarette cases to prevent use and lower addiction.

This measure has created surprising negative effects that weren’t expected. While not being able to smoke in offices, cafes, restaurants or other public spaces, parents tend to smoke more while driving or when they come home, most often in the presence of their children.

Anti-tobacco regulations have reduced the involuntary consumption of nicotine of adult passive smokers.

A study by the University of Granada states that this reduction has reached up to 90%. However, this same study indicates that children have become the main passive smokers.

Researchers at the Institute of Biosanitary Investigation did a study with urine samples collected before the beginning of the smoke-free law that was passed in 2011.

The result showed that more than 50% of the children from the study, were passive smokers. In addition, the levels of nicotine found in their urine after the creation of the law had increased.

The study also concluded that several factors influence children’s exposure to tobacco smoke, such as parents’ education or socio-economic levels.

The health of passive smoking children

When a parent or another family member smoke, children are exposed to second-hand smoke. That is, children are susceptible to inhaling the smoke that is produced from the exhalation of smokers or the one produced when the cigarette burns.

In addition, the harmful effects that arise from smoking, impact the fetus from the moment of pregnancy.

Smoke contains multiple toxic substances harmful to health that don’t disappear even when the cigarette is done. These substances remain for some time on various surfaces at home such as toys, furniture and walls.

What are the consequences of tobacco smoke on children?

The best recommendation for parents is to do their best to quit tobacco addiction to preserve their children’s health.

If it isn’t possible, it’s suggested to prevent your children from having any contact with toxic substances associated with tobacco at all costs.