Early detection of hearing loss in infants lets you know if they suffer from congenital deafness and act as soon as possible. Do you know how it's detected? Read on to discover it! 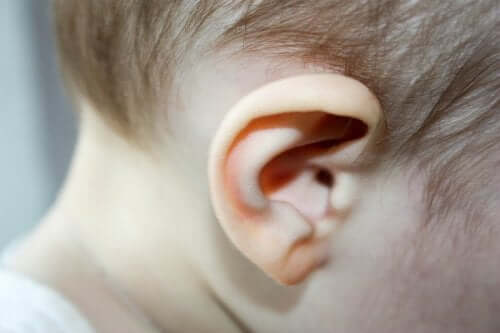 For several years now, many countries have launched campaigns aimed at early detection of hearing loss in infants. This is a very serious health problem since it greatly impacts a child’s emotional development and language acquisition.

It’s also a source of major social interaction difficulties. The journal Annals of Pediatrics and Child Health states that:

From birth until the fourth year of life represents a critical period in which the process of language acquisition is optimal. Auditory information in this critical period is essential for morphological and functional characteristics of the cortical areas of language and hearing. They won’t develop properly in a sensory deprived child.

Data from the Spanish Pediatric Association

Deafness in newborns is rare. According to the Spanish Pediatric Association, 5 out of every 1,000 children born in Spain suffer from congenital deafness and 1 in 1,000 is profoundly deaf. The aim is to detect it before the baby is three months old to start treatment before they’re six months old.

In some cases, early detection of hearing loss in infants is even more important. For example:

Hearing loss is the term used for total or partial loss of hearing capacity. When a baby is born with this problem, it’s called congenital deafness.

How to detect hearing loss in infants

There are two ways of assessing newborn hearing: otoacoustic emissions and auditory evoked potentials. None of them causes discomfort in newborns.

Auditory evoked potentials is the most common. The doctors place headphones on the newborn’s scalp with sensors that emit sounds and pick up signals that reach the brain. In the case of otoacoustic emissions, a mini probe is placed in the ear canal. It collects the answers the ear produces when it hears sounds.

If the result is normal, the test ends and the medical professional only recommends observation during the infant’s first months of life.

After early detection of hearing loss in a baby, early intervention is vital. If detected before six months, the infant may develop their speech and language optimally, just like their peers. Therefore, this test is performed before three months of age. As stated earlier, the goal is to intervene before the baby is six months old.

Treatment after diagnosis of congenital deafness is the use of hearing aids, whether earpieces and cochlear implants. In parallel, it’s essential to work hand in hand with a speech therapist to stimulate oral development.

As you can see, this simple and safe test can help address serious problems that could hinder the baby’s development. Early detection of hearing loss in infants and its treatment are essential to the quality of life of children with congenital deafness.

Ways of Stimulating Your Baby’s Hearing
A baby's hearing needs to be nurtured and stimulated, and in this article you can discover the best ways of doing this. Read on and find out! Read more »
Link copied!
Interesting Articles
Illnesses in babies
Eczema in Babies: Characteristics and Treatment