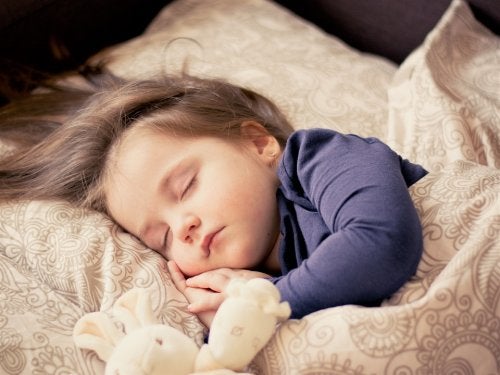 When your child is growing, they will naturally be exposed to different types of illnesses, and right when they get sick, many parents think that medicine is the answer. However, many of them surprisingly don’t require treatment for children, as they can get over it naturally when their immune system and antibodies function properly.

Children can beat the most common illnesses with their immune systems. In most cases antibiotics are not necessary, considering that not all pharmaceuticals cure these illnesses, but rather reduce problems that happen during recovery.

You’ll see that most problems affecting children caused by this virus typically cure on their own in a few days. Many bacterial infections exist that don’t need antibiotics, like the flu.

The flu is more serious than a common cold. Symptoms include a high fever, a dry cough and general discomfort. When it develops, you usually won’t see a runny nose. The flu is caused by a virus, with many different variations that change from one year to the next.

There is a vaccine for the flu, but every year it’s different, and the previous year’s will not work anymore because the virus mutates. Even so, if your child suffers from a chronic illness such as asthma, it’s recommended to get them the flu vaccine.

Keep in mind that the flu vaccine won’t prevent colds. This is a different illness. Again, antibiotics are useless for colds unless a bacterial complication has developed, such as pneumonia.

Medicines only help to alleviate flu symptoms, such as antipyretics that reduce fever and relieve pain, but don’t shorten the illness. The child’s immune system is what overcomes this process.

The common cold, unlike the flu, presents symptoms like mucus, coughing, and sometimes fever. The mucus tends to be watery, then white, yellow, green and thick, green and dry, and at this point the child is cured and ready to catch another cold.

This illness is not caused by the cold, but rather a virus. Hundreds of different viruses can cause a cold, which is why it’s impossible to make a vaccine for it.

Antibiotics aren’t very useful either with colds. The misuse of antibiotics, aside from the side effects and unnecessary costs, produces resistors in the microbes and causes them to be ineffective at times.

If they have a fever you can give them an antipyretic. If their cough is really bad and your child can’t sleep: a cough suppressant. But if they can stand it, it’s best to let them cough in order to expel the mucus. Decongestants and nasal vasoconstrictors aren’t recommended for children younger than 12.

Expectorants that work to increase the cough and mucus, mucolytics for making the mucus thinner, antihistamines used for allergies, and balsamics do not have any effects worth mentioning.

The same can be said for vitamin C as well as natural products and alternative medicines. If your child feels better for a little while, it isn’t thanks to the last medicine they took, but pure coincidence.

There Are Illnesses That Cure Themselves

Acute otitis media can be caused by a virus or bacteria, and for decades it has been treated with antibiotics. Doctors usually diagnose otitis quite often, when the child has a fever and there doesn’t seem to be anything else wrong with them. It is easy for them to convince themselves that the eardrum looks a little red.

Various scientific studies find that treatment for otitis is practically useless. It doesn’t shorten the illness, lessen the pain, or improve hearing ability. Treatment is warranted in children under two with a high fever, children in poor general condition with bilateral otitis, or with prolonged illness.

Pharyngitis means inflammation of the throat. Its main symptom include pain that gets worse with swallowing. In many cases it is caused by a virus, and antibiotics are completely useless. In other cases it is caused by a bacteria, streptococcus, and so it is customary to administer penicillin to avoid a rare but serious complication, which is rheumatic fever.

Streptococcus bacteria usually causes a fever of more than 38.5 ºC (101.3 ºF), but no coughing or mucus. By comparison, a sore throat accompanied by a cough and a runny nose, without fever or with just a slight temperature, is almost certainly caused by a virus.

Penicillin is not meant to cure angina but to prevent rheumatic fever. Angina, for example, also won’t be cured any faster with antibiotics.