5 Signs of Affective Deficiency in Children

All children need love and affection in order to develop correctly. And, if they don't get it, then the result is affective deficiency. Today, we'll talk about the signs of this serious issue. 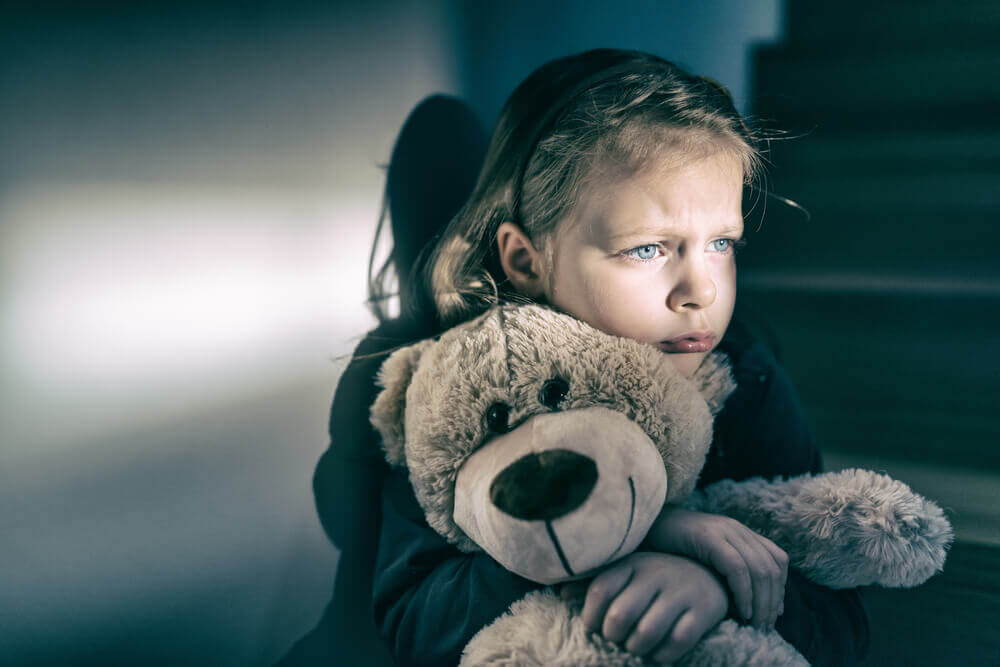 Children have a deep need for love and affection from their main caregivers in order to develop adequately. However, when there’s a lack of care, protection, attachment, and attention during their early years, children suffer from affective deficiency.

This affective deficiency can be the result of many things… Neglect, abandonment, mistreatment, and other complicated family situations that, traumatic or not, leave children without affection and relational attention.

If you want to know what the signs of this serious issue are in children, then continue reading today’s article.

What is affective deficiency?

Affective deficiency occurs when neglect exists towards babies or children. This may be due to lack of care or attention from an infant’s main caregivers. Traumatic situations such as abandonment or mistreatment can also be the cause. Unfortunately, however, when some parents are emotionally distant or absent and don’t give their children the time and attention they need, this can lead to affective deficiency.

As a consequence, children feel like they aren’t loved. They feel like their parents are rejecting or ignoring them, which has a negative impact on their emotions. When children are small, they don’t realize what’s going on. However, they do perceive that they’re living in an environment that doesn’t provide them with the love and attention they need.

Signs of affective deficiency in children

When children become aggressive, then it’s best to give them the attention they need. And, above all, listen to them. Show them that what they’re saying to you is important. That way, they’ll have the confidence to express what’s bothering them.

When children feel that their parents are tending to their needs, then disobedience often ensues. By displaying negative behaviors, they seek to become the center of attention. Some signs of disobedience in children include the following:

These issues require professional attention. If not, and children are unable to overcome them, then they develop a sense of emptiness and a lack of trust. As children grow, this can continue to affect them.

Fear arises in little ones given the fact that they fear abandonment when they don’t receive affection from their families. In this situation, it’s important for children to receive therapy in order to overcome their problems.

When children feel the emotional emptiness that affective deficiency produces, they feel vulnerable – without protection. This will cause them to fear relationships with other people. They’re constantly on the defensive, and the mistrust they feel towards everyone is a sign that something is awry.

Affective deficiency also has academic consequences, including poor performance, learning difficulties, and a lack of motivation regarding schoolwork. These children tend to take longer to develop language and their social abilities are scarce. They reject any sign of affection from those around them.

Some parents, just to get their children to stay still and be quiet, leave them to the care of electronic devices… Tablets, cell phones, television, etc. As a result, children end up lacking human interaction and consequently, they also end up developing a dependence on these devices.

As a result of affective deficiency, all of these symptoms can accompany a person into adulthood. This will cause them to become dependent and egocentric individuals with poor social abilities.

The signs of affective deficiencies can serve as a warning that there are things we need to do differently. If you notice them in your child, be sure to modify your behavior and take action to meet your child’s needs.

It’s important to keep in mind that affective deficiency affects the development of a child’s personality. These include identity problems and emotional immaturity. In the future, when children develop into adulthood, they may have a hard time establishing stable relationships given their lack of trust.

Insecure Attachment: Characteristics and Consequences
Insecure attachment can occur in children that have felt neglected or rejected by their parents. This type of attachment can have serious consequences. Read more »
Link copied!
Interesting Articles
Childhood psychology
The Children of Alcoholic Parents