All You Need to Know About Critical Pedagogy

There are various different branches within pedagogy as a science. Today we want to take an in-depth look at one of them, known as critical pedagogy. 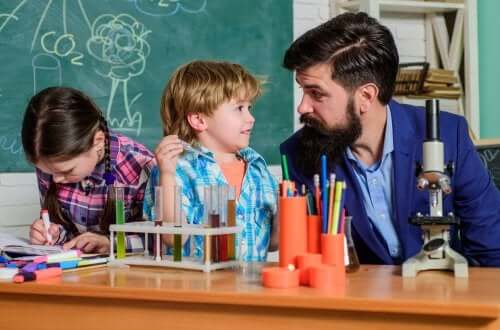 In order to understand what critical pedagogy entails, we need to take into consideration the fact that it’s a branch of pedagogy itself.

Pedagogy is the discipline responsible for studying, analyzing, and perfecting education and teaching in all its complexity. The application of this science is psycho-social in nature. Its objective is to organize education and the formation of individuals.

Over time, pedagogy has diversified into different branches of study that focus on concrete aspects. These branches have thus developed different types of pedagogies. In today’s article, we’re going to focus specifically on one of them: Critical pedagogy.

Critical pedagogy: What does it entail?

This area of pedagogy is an alternative methodological approach to teaching that encourages students to be critical. In other words, the purpose is to help students question and challenge dominating beliefs and practices.

We’re talking about a situation where a person or group imposes its ideas, rules, viewpoints, believes, or truths. This imposition may occur by means of persuasion, pressure, threats, or even force.

Critical pedagogy comes from the field of critical social science. It’s based on the ideas of Antonio Gamsci, an Italian philosopher, politician, and Marxist thinker. These ideas made a resurgence later on in revolutionary thought in Latin America.

Paula Freire (1921-1997), born in Brazil, was one of the main representatives and promoters of critical pedagogy. He was also one of the most influential theorists of the 20th century.

In his words, including Pedagogy of the Oppressed and Education, the Practice of Freedom, Freire developed his ideas. These works are fundamental not only on an educational and pedagogical level but also on a social and political level.

So, Freire, in his native country of Brazil, developed a powerful pedagogical and political movement. This consisted of a generalized literacy process, which was crucial given the elevated levels of illiteracy that existed. Political illiteracy was especially prolific.

The main principle of critical pedagogy is to construct a more just and humane society. To achieve this, it seeks to build a constant relationship between theory and practice (praxis). In doing so, it awakens and develops critical thought in students… Thought that allows them to question the power figures and dynamics that function in society.

In other words, critical pedagogy is a revolutionary type of pedagogy immersed in a dialectical method of teaching. It begins with students’ experience (practice).

Paulo Freire defended students’ ability to think critically about their own educational situation. In their situation and experiences, he recognized connections with their broader social context. He considered this a condition for a liberating education that can act against the oppression and powers that operate in society.

Therefore, in his book Pedagogy of the Oppressed, Freire criticized traditional education and pedagogy. He went so far as to call them “banking institutions” that treat students as recipients in which to deposit knowledge.

The author refused to accept the idea that educators are the sole possessors of knowledge… and that students are simply the passive receivers of this knowledge.

On the contrary, the role of educators isn’t to offer students dogmatic or preestablished responses to social, economic and political problems. Their role is to stimulate and encourage students to question and challenge existing social injustices.

Now that we’ve talked about what critical pedagogy is, we want to also point out the legacy it has left today. This is because the theorists and thinking continue to pick up on the principle ideas that make up critical pedagogy. These theorists and thinkers come from a variety of fields of study, be they cultural, academic, social, and scientific.

The main legacy of critical pedagogy for theoretical developments and social practices is that it assumes as a principle that the educational process is a cultural action. What’s more, it’s indispensable for advancing in social change and achieving a society made up of free men and women.

Therefore, it’s fundamental for educators to teach their students to think in the society in which they’re developing their learning process. Students must manage to construct knowledge as a political act. Doing so must help them become active, critical, and thoughtful social beings in the society they live in.