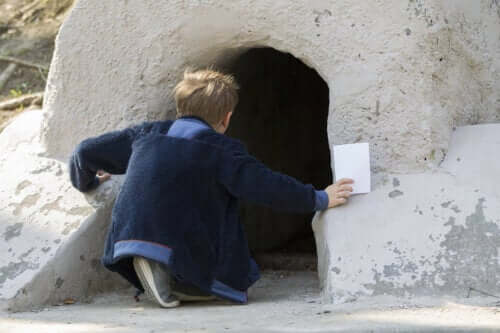 Parents want their children to have good social skills and be able to relate to others in a proper way. However, on occasion, uninhibited behaviors can indicate that a child is suffering from disinhibited social engagement disorder.

This disorder typically appears between 9 months and 5 years of age, during the infant stage. However, it can persist over time. The main characteristic is that children have no fears or qualms about initiating interaction with strangers. Rather, they’re completely uninhibited. Do you want to know more about disinhibited social engagement disorder? Keep reading.

This is the diagnostic criteria for disinhibited social engagement disorder according to the DSM-V:

In these cases, it’s best to offer children a stable bond. Little ones with this disorder have a completely distorted model when it comes to relationships. So, therapists must work with parents as well as children in order to establish positive interaction between both parties.

In this case, the objective is to change the behavior of parents toward the child.

If you suspect that your child has this disorder, or you simply have concerns, it’s important to consult a professional. A trained psychologist will be able to make a more exhaustive evaluation and recommend proper treatment as soon as possible.

Insecure Attachment: Characteristics and Consequences
Insecure attachment can occur in children that have felt neglected or rejected by their parents. This type of attachment can have serious consequences. Read more »
Link copied!
Interesting Articles
Childhood psychology
Dermatophagia in Children: What Is It and How to Treat It?