Signs that Your Child Is About to Have a Tantrum

Tantrums are part of children's development. However, once you understand these episodes and what leads up to them, you can often keep them from happening. Today, we'll talk about the signs that your child's about to have a tantrum. 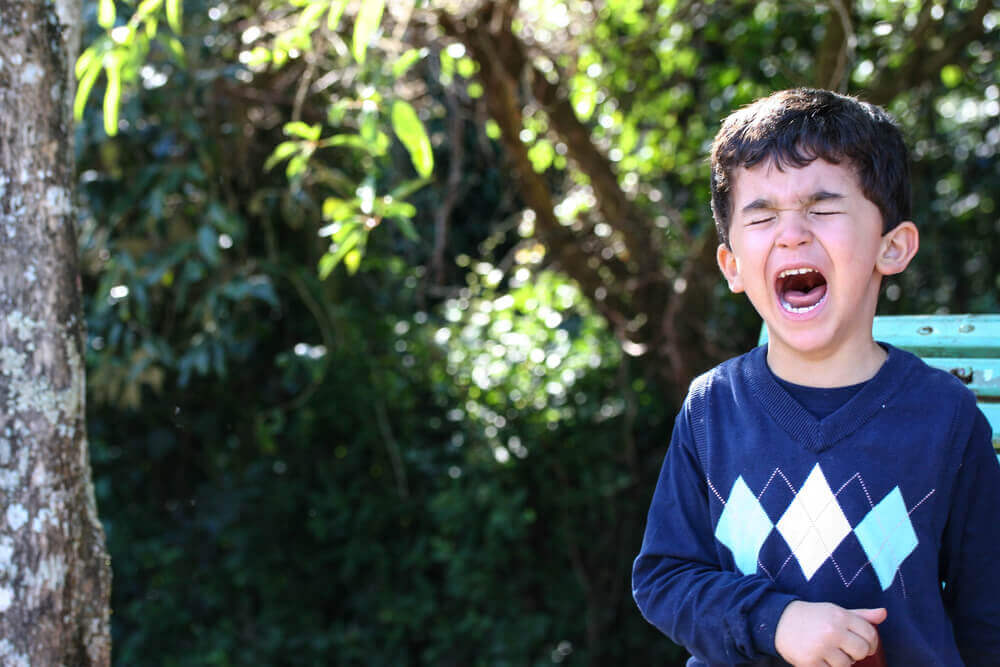 There are certain signs you can look out for that indicate that your child is about to have a tantrum. Once you learn to recognize the signs, you can also work to prevent the tantrums.

Supporting children when they’re in the middle of a tantrum is one of the biggest challenges parents face. All children have tantrums, and that means that every parent has to go through their children’s moments of emotional crisis.

When your child is experiencing one of these difficult episodes, you’re likely to feel frustrated and hopeless… but that should be the least of your concerns. What matters most in these moments is understanding that tantrums are a normal part of a child’s development, and you need to be prepared to handle them properly.

It’s fundamental that parents understand that your children don’t throw tantrums in order to annoy you or make you mad on purpose. It’s just their way of showing you, through their actions, that they’re emotionally overwhelmed and need your comfort and guidance in order to recover their internal balance.

The way you react plays a major role when it comes to improving your child’s behavior.

When your child’s having a tantrum, you may often feel like the situation is all your fault. That’s not the case. Tantrums are a normal part of a child’s development. They don’t take place because you’re a bad parent or because you’ve done something wrong.

Fortunately, most emotional crises in children are preceded by a list of signs. These red flags reveal that your child is about to have a tantrum. Below, we’ll go into detail about the most common signs that lead up to tantrums. That way, you can see them coming and try to prevent the tantrum from even occurring.

What factors can contribute to tantrums in children?

There are several factors that can contribute to a child’s propensity to have a tantrum at any given moment:

What signs should I watch out for to know if my child’s about to have a tantrum?

Now, we’ll talk about the specific signs that may indicate that your child is about to have a tantrum. That way, you can take action to prevent it from happening.

Often, children become angry because they don’t have the capacity to express themselves or understand clearly. If you notice your little one is struggling to express their point of view or ask for what they want, a tantrum may be in their future. Therefore, you need to help them with their self-expression.

When children start to bang on toys, throw objects, or raise their hands in frustration, a storm is probably brewing. When exasperation begins, it starts to affect our children’s bodies and reveals that they’re reaching their limit.

Children often shout before they have a tantrum

When children start raising their voices, it may be a sign that they’re struggling on an emotional level. When they start to shout in order to express anger, frustration, etc, then you may need to intervene in order to keep them from having a tantrum.

Hitting or kicking objects or people

Hitting, kicking, and even biting are all common during early childhood. It’s children’s way of learning to navigate by interaction with other children that also have a limited ability to communicate.

This type of behavior is a sign that your child is having a hard time obtaining what he or she wants or is trying to put a stop to some other child’s behavior. As a result, he or she feels pushed past his or her limit.

You should never expect your children to be able to pay attention for long periods of time. But when a child is clearly losing focus during a time when you’re telling him or her to do the opposite, frustration is going to grow.

Use distraction and help your little one find an activity that he or she finds more interesting. That way, you’ll be able to prevent the imminent crisis.

Feeling out of control

Just like adults feel more comfortable when we’re in control of our circumstances, so do children. If little ones find themselves in a situation where they have no right to choose, this can lead them to feel emotions that are hard to manage. And, sooner or later, they may end up having a tantrum.

It’s also possible for your little one to become tense, cry, repeat him or herself many times as a result of emotional insecurity. Children may also become anxious in the face of unforeseen changes in their routine. All of these can be signs that your child is about to have a tantrum.

Surprising Benefits of Tantrums You Didn’t Know About
Did you know that there are actually benefits of tantrums? This may surprise you, but keep reading to find out what they are. As a parent, you've probably been in many uncomfortable situations due to your child’s temper tantrums. Read more »
Link copied!
Interesting Articles
Childhood psychology
How Do Children Acquire New Knowledge?

It's common to hear mothers and fathers talk naturally about how their children go to speech therapy or motor therapy.…

Childhood psychology
The Relationship Between Emotional Bonds and Musical Objects

According to research, there's a relationship between emotional bonds and musical objects when it comes to mothers and babies. Why does…